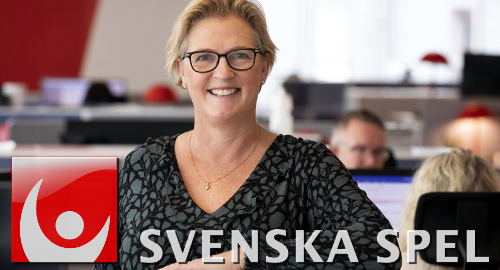 Sweden’s state-run betting monopoly reported falling revenue and profits in Q3 but expressed confidence in its ability to compete with new international competition in 2019.

This week, the state-owned Svenska Spel monopoly reported net gaming revenue of SEK2.12 (US$233m) in the three months ending September 30, a 2.3% decline from the same period last year. Profit was similarly down 2.2% to SEK1.17b.

The company blamed the shortfall on its Vegas video lottery terminal business, which reported revenue falling one-fifth. The decline spoiled an otherwise solid performance by Svenska Spel’s digital operations, which reported sales up 22% to SEK675m.

Digital sales accounted for nearly 32% of group revenue, up from 25% in Q3 2017. The company credited the surge to strong mobile growth (+42%), thanks to overall consumer trends, an improved user interface and enhanced mobile banking facilities.

Svenska Spel’s acting CEO Marie Loob, who is holding the chair warm until permanent CEO Patrik Hofbauer arrives in December, hailed the company’s “big success” during the 2018 FIFA World Cup. Loob (pictured) said Svenska Spel surpassed its goals for both sales and customer recruitment during the tournament, giving the company good momentum ahead of the Swedish online market’s liberalization on January 1, 2019.

That said, a Mediavision survey found that Svenska Spel was losing (badly) the fight for customers’ hearts and minds over the past 12 months, despite the Swedish government intervening to reduce international operators’ ability to market their wares to Swedish punters through local media.

For years, Svenska Spel’s leadership had publicly chafed at its inability to offer an online casino product that could compete with the internationally licensed sites that cater to Swedish punters. Those restrictions will no longer apply as of January 1 and Loob said her outfit was looking forward to “finally playing on equal terms” and offering products “that we and our customers have missed for a long time.”

As part of Sweden’s market shakeup, Svenska Spel is being split up into separate online, land-based gaming and lottery operations. The intention behind this separation is to avoid giving Svenska Spel an unfair advantage by allowing it to cross-market its wares via channels to which the new Swedish online licensees have no access. Loob called the efforts to separate the group’s internal connections the “largest IT project ever.”