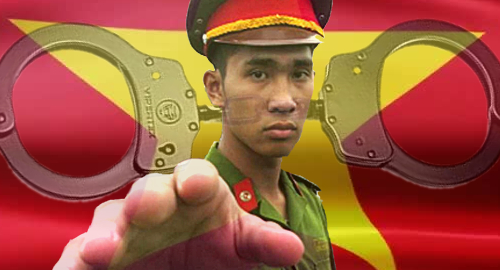 Vietnam’s authorities have busted an unauthorized online gambling ring they claim handled bets worth nearly $3b before the whip came down.

On Thursday, Vietnamese media reported that police in Hanoi had arrested 16 individuals accused of running an illegal online casino that had been in operation since 2018. Police, cooperating with the Ministry of Public Security’s high-tech crime unit, named the alleged ringleader as a 37-year-old named Truong Ngoc Tu.

The ring reportedly instructed what the police claimed was its ‘millions’ of customers to download a gambling app or sign up directly with their ‘No Hu’ (‘Break the Jar’) website, while a network of 24 ‘Level 1’ agents and hundreds of ‘Level 2’ agents were responsible for issuing ‘points’ cards in exchange for cash.

These points acted as online credits that allowed players to access the app/site’s casino games. Winnings would be paid in cash via the agents. The agents, who received 2% commission on each deposit they arranged, also allowed gamblers to put up non-cash assets such as motorcycles as collateral against online credits.

Police seized five computers, 34 phones and 23 bank cards during their raids, but the whereabouts of the cash generated by the ring – its wagers allegedly totaled $110m per month – went unsaid.

The authorities called this week’s bust the largest of its kind, even bigger than the previous ‘biggest ever’ bust last July in Hai Phong, which led to the arrest of 380 Chinese nationals. Unlike that bust, this week’s ring appeared to be an entirely homegrown operation.

In March, authorities in Tsinghua province busted an online ring that reportedly handled bets worth $86k per day. In February, Hanoi police arrested 56 members of a local agent network that steered customers to their internationally-based website.

Vietnam’s legal gambling options are limited to land-based casinos, only a few of which are allowed to accept local residents under a pilot program. The country is also trialing a football betting operation, although its strict spending and product limits have reportedly left Vietnamese punters cold.