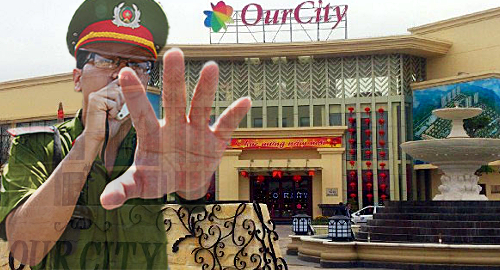 Vietnam has broken up what local police are claiming is the biggest foreigner-run illegal online gambling operation in the nation’s history.

On Sunday, Vietnamese media reported that around 500 police in Hai Phong had staged a raid that resulted in the arrest of over 380 Chinese nationals suspected of operating an illegal online sports betting and lottery business targeting gamblers on the Chinese mainland. Several Vietnamese nationals were found on the premises but were released after interrogation.

The gambling operation was reportedly run out of over 100 rooms in dwellings based in Our City, a 43-hectare gated community within Hai Phong’s city limits predominantly occupied by Chinese nationals. In addition to the arrests, police seized 530 computers and nearly 29k smartphones, along with bank cards and an undisclosed amount of cash.

Most of the arrested Chinese nationals were young, aged between 18 and 20 years. These workers reportedly operated in shifts to ensure round-the-clock service for mainland gamblers.

Vietnam’s Ministry of Public Security claimed the illegal gambling operation was the “biggest ever in terms of scale and the number of foreigners breaking laws on Vietnam’s soil.” Local police Colonel Le Ngoc Chau echoed this claim, calling the illegal gambling business “a huge and very complicated operation.”

Local media reported that the gambling operation handled online wagers worth over RMB3b (US$436m), although the time frame over which this sum was wagered went unspecified. This April, Vietnam busted an online betting ring linked to the Fun88 brand that reportedly handled wagers worth nearly $1.3b, so the police’s ‘biggest ever’ claim clearly doesn’t apply in financial terms.

Vietnam’s government legalized sports betting a while back although online sports betting remains strictly forbidden. The government also imposed significant restrictions on its legal betting market — including limits on customer wagering and the markets on which they can wager — that have so far scared off potential international technology partners, delaying the legal betting market’s launch.