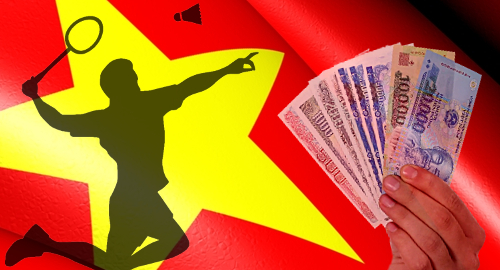 Vietnam’s government has expanded its legal sports betting market to include a wider variety of wager-worthy sports.

On Thursday, Vietnam’s National Assembly voted 457-1 in favor of the new Law on Sports and Physical Training. The law, which is set to take effect on January 1, 2019, includes a provision covering legal sports wagering.

In February 2017, Vietnam issued Decree No. 06/2017/ND-CP, which called for a five-year pilot program that would allow local punters to wager on international football matches and horse- and dog-racing. The pilot program was supposed to have officially launched last December.

In March, the government published a list of the officially acceptable international football matches on which Vietnamese punters could wager this year, including the FIFA World Cup and matches involving the Asian Football Confederation, the Asean Football Federation, the Copa America Femenina and some UEFA Champions League action.

The new law will reportedly expand the variety of sports on which Vietnamese can wager, but in typically opaque fashion, the government said it wouldn’t announce the official list of sports until an unspecified later date.

What we do know from the original decree wasn’t encouraging, as bettors will be limited to a daily maximum wagering total of only VND1m (US$44) with any single betting operator. There was also no suggestion that the government was considering allowing online wagering.

These restrictions will likely ensure a woefully tiny ‘channeling’ rate from illegal operators to the legally approved wagering sector, while virtually guaranteeing a healthy future for the throngs of unauthorized online sportsbooks that endeavor to serve the needs of Vietnam’s more dedicated and/or adventurous punters.

Still, baby steps and all. And Vietnam’s government has been making some progress on relaxing its infamously tight grip on the gambling sector. Last month, the country issued its first casino license in a decade to the Laguna Lăng Cô for its integrated resort project in Thua Thien Hue province.