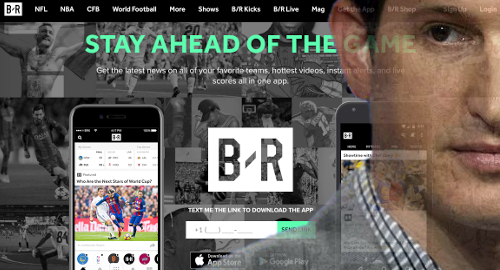 On Tuesday, Front Office Sports’ Michael McCarthy reported that DraftKings had “explored potentially acquiring” Bleacher Report, citing ‘industry sources.’ A DraftKings spokesman offered McCarthy the standard non-denial denial that the company “speaks to a variety of companies regarding various matters in the normal course of business” but wouldn’t discuss specifics of any of these discussions.

Turner Sports, which acquired Bleacher Report in 2012 for $175m, was slightly more specific, saying Bleacher Report “is not for sale and there is no truth to this misguided speculation.” However, McCarthy suggested Turner’s parent AT&T could override Turner’s reticence as a way to help meet AT&T’s goal of selling $10b worth of assets this year to help pay down its $147b debt load.

The apparent model for DraftKings’ interest in Bleacher Report is casino operator Penn National Gaming’s recent acquisition of a 36% stake in Bleacher’s rival Barstool Sports. That deal cost PNG $163m in cash and shares, but PNG – which is developing a bespoke betting app that will bear the Barstool brand – is betting big on selling Barstool’s audience on the wonders of legal wagering.

The potential of the wagering-media model was on full display with UK operator Sky Betting & Gaming, which successfully leveraged the sports audience of broadcasting partner BSkyB. Sky Bet was eventually acquired by The Stars Group, which attempted to mimic this UK success by striking a deal with FOX Sports. Rivals William Hill and the BetMGM joint venture have struck their own US media deals, although the value of all these deals is still primarily speculative.

DraftKings’ shares went on a tear following its late-April debut on the Nasdaq exchange and the company’s share price has continued to rise despite some middling first-quarter earnings numbers. The sports calendar is relatively empty at present due to COVID-19 and DraftKings may simply be keen to find ways to maintain its inflated valuation.