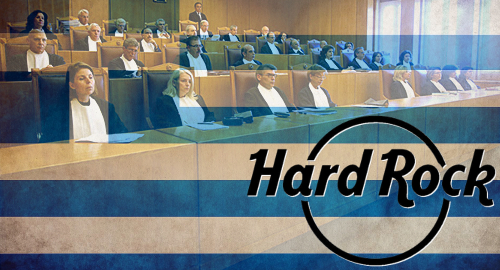 The HGC awarded the license to MGE and its local construction partner GEK Terna in January after disqualifying HRI – the only other operator to make the finals of this derby – due to HRI’s alleged failure to provide a bank guarantee demonstrating the company’s capacity to fund a project of Hellinikon’s magnitude.

HRI CEO Jim Allen scoffed at this view, saying the National Bank of Greece had missed the filing of this guarantee by a mere four days, while simultaneously claiming that HRI had “the strongest financial balance sheet in the industry.” HRI has also alleged that the HGC favored MGE’s bid from the start, based on an MGE lawyer’s presence on the Hellinikon license tender committee.

Just last month, HRI had expressed optimism that its latest appeal would find favor with the Council of State. The Council’s ruling doesn’t totally eliminate HRI’s ability to take legal action against the project, but Reuters reported that the HGC is now clear to unseal MGE’s technical and financial offers.

MGE said Monday that its current financial problems – the result of the COVID-19 pandemic, which has dealt a blow to all casino operators, including HRI – wouldn’t deter it from moving ahead on its Hellinikon plans.

CONSTRUCTION RESUMES ON MELCO’S CITY OF DREAMS MEDITERRANEAN
Not far away, Wednesday saw construction resume on City of Dreams Mediterranean, the integrated resort project of Asian casino operator Melco Resorts & Entertainment (MRE). Work on the project was suspended in March due to concerns for workers’ safety due to the spread of COVID-19.

The resort was scheduled to open in late-2021 but MRE said this week that this timeline would be “affected” without offering specifics. MRE’s temporary and satellite casinos on Cyprus were shut down in March and MRE’s Cyprus Casinos subsidiary said this week that these operations won’t be allowed to reopen until July 14.