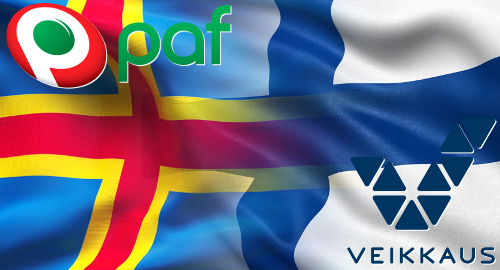 Finnish gambling operator Paf managed to post a bigger profit in 2019 despite ongoing efforts to reduce its reliance on VIP gamblers.

Paf, which holds an online and ship-based gambling monopoly in Finland’s autonomous Swedish-speaking Åland Islands, recently reported that its revenue rose by €2.4m to €114.2m in 2019, while profit rose by €1m to €25.6m.

Paf CEO Christer Fahlstedt said the company “had a good year” and would therefore boost its annual dividend to the Åland government to €40m. Fahlstedt said Paf’s whole purpose was “to generate surplus for the benefit of society and this year it feels especially good that we have the opportunity to make an even greater contribution” given the impact on society of the COVID-19 pandemic.

Paf’s 2019 gains were all the more remarkable given the company’s efforts to stop making money off high-rolling gamblers. In 2018, Paf set a €30k annual loss limit for its online customers, then reduced that to €25k last year. The limits had a significant impact on Paf’s bottom line but the company maintained that VIP revenue was “unsustainable money that we no longer wish to receive.”

Last spring, Paf began publishing its customer segments’ profits and losses and the company’s latest batch of statistics shows a 67% decline in revenue derived from the highest-spending bracket, while those in the lowest tier (up to €8k in annual losses) rose by 9.8%.

VEIKKAUS WARNS OF TEMPORARY LAYOFFS
Meanwhile, Finland’s main gambling monopoly Veikkaus has begun negotiations regarding the possibility of temporary layoffs for staff who work in the company’s land-based gambling operations due to pandemic uncertainty.

Like retail gambling operators in other countries, Veikkaus was forced to shutter its arcades and slots halls in mid-March, and the company was subsequently forced to extend that shutdown indefinitely. Last week, Veikkaus invited labor representatives to “a cooperation negotiation” that got underway on Monday.

Veikkaus has around 675 retail staff who currently have little or no work to do, and while director Jari Heino said “no decisions have been made on possible layoffs,” staff need to be prepared for the fact that this could change. Heino said any layoffs wouldn’t likely start until May at the earliest, and would likely last for less than 90 days.

In March, Veikkaus reported that its 2019 revenue was down 3.9% from 2018 to €1.69b, of which 68.2% came from retail lottery outlets, slots halls and betting shops. Veikkaus has been trying to boost its digital offering to offset its shrinking retail footprint but digital’s share of 2019 revenue was up only 0.6 points last year.