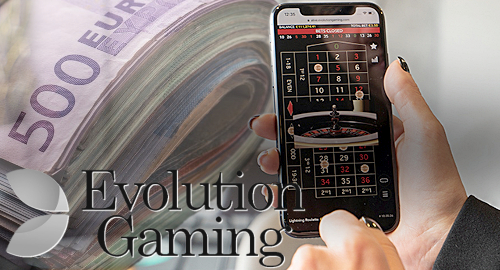 Online live dealer casino specialists Evolution Gaming saw their profits rise by nearly 80% in 2019 due to a rash of new client signings and US/Asia market expansion.

Figures released this week by the Stockholm-based Evolution show the company’s revenue rising 51% year-on-year to €106m in the last three months of 2019, while earnings jumped 77% to €55.8m and profit rose 83% to €46.8m as margins increased nearly eight points to 44.2%.

Evolution CEO Martin Carlesund managed to contain his glee at his company’s performance, saying he was “very satisfied” by the Q4 figures, while 2019 had proven “an outstanding year from both a financial and operational perspective.”

At the end of Q4, Evolution had over 700 live casino tables across 10 studios, including an expanded facility in New Jersey. Evolution’s full-time employee ranks swelled 35% year-on-year to an average 5,419 during Q4, which helped push operating expenses up nearly one-third to €57.3m.

North American operations remain a relatively small slice of Evolution’s overall revenue, accounting for just €6.6m in Q4, although that was more than twice the sum the market generated in the same period a year earlier. Asian market operations performed even better, nearly tripling revenue to €17.7m.

By comparison, the more mature European markets outside the UK and Nordics were up a comparatively modest 45% to €53.3m. Nordic markets rose even slower, up 24.4% to €6.1m, in part due to increased regulatory restrictions, particularly in Sweden. Another increasingly restricted market, the UK, gained only 4.3% to €12m.

Carlesund is optimistic that Evolution’s best days lie ahead, thanks to a flurry of Q4 customer signings, including Flutter Entertainment, Penn National Gaming and Pennsylvania’s market-leading Parx Casino.

Evolution is currently building a new studio in Pennsylvania to service its local clients and Carlesund hinted that the company is eyeing another studio in Michigan as that state progresses to its regulated online market.

Carlesund also sees great prospects in Evolution’s new product line, including new titles in its Game Show category. Evolution debuted 12 new titles at the recent ICE London expo, including a Craps dice game that is specifically aimed at the US market.