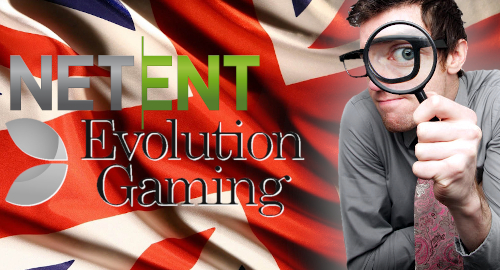 The online gambling mega-merger of technology suppliers Evolution Gaming and NetEnt is being probed by the UK’s competition watchdog.

On Tuesday, the UK Competition and Markets Authority (CMA) announced that it was investigating “the anticipated acquisition of NetEnt AB by Evolution Gaming Group AB.” The CMA wants to determine whether the union “may be expected to result in a substantial lessening of competition within any market or markets in the United Kingdom for goods or services.”

The CMA reportedly informed both companies of its probe on Monday and has set a deadline of October 5 for interested parties to comment on the proposed transaction. The CMA plans to issue its ‘phase 1 decision’ by November 16, although it cautioned that this was not a guarantee that any decision will actually be announced on that date.

The CMA has occasionally waded into the online gambling sector’s ongoing consolidation efforts, with mixed results for the parties involved. In March, the CMA found no reason to obstruct Flutter Entertainment’s acquisition of PokerStars parent company The Stars Group, much as it approved TSG’s 2018 acquisition of UK online gambling operator Sky Betting & Gaming.

However, the CMA only authorized the 2016 merger of UK operators Ladbrokes and Gala Coral Group after the parties agreed to sell hundreds of their land-based betting shops. The CMA ordered the sale after agreeing with Lads-Coral rival William Hill that the combined entities would hold an overly dominant position in the UK’s retail betting market.