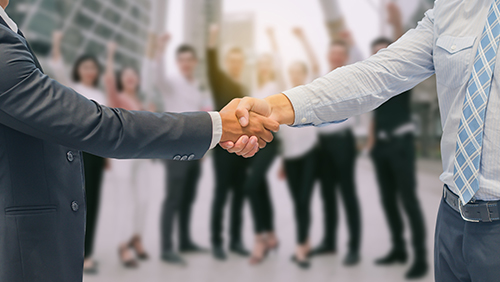 2020 and 2021 are the years for mergers and acquisitions (M&A) in many industries, including gaming. There have already been several important consolidations seen this year, most notably, the union between Eldorado Resorts and Caesars Entertainment, and the COVID-19 pandemic has forced more movement in the industry. Two of the largest gaming companies, NetEnt and Evolution Gaming, began talking about the possibility of combining forces several months ago, knowing the process would be arduous and challenging. However, the mega-merger picked up a little steam this week after the anti-monopoly authority in the UK, the Competition and Markets Authority (CMA), signed off on the deal.

NetEnt and Evolution knew in September that the CMA was scrutinizing the possible merger, but held onto the hope that there would be no red flags. The authority apparently didn’t find any, as it has greenlighted the proposal after completing its due diligence. The investigation included everything from an open comment period to marketplace analysis, but nothing stood out as a reason to stand in the way of the merger.

As a result, Evolution proudly released a statement yesterday, explaining, “The CMA has today, on November 16, 2020, announced its approval of Evolution’s acquisition of NetEnt. Consequently, the condition regarding the receipt of all necessary competition approvals has been fulfilled.”

Evolution Gaming is prepared to spend $2.13 billion (€1.8 billion) to acquire the assets of NetEnt, which will give it control of around 90% of the company. It’s a hefty price to pay and represents a 43% premium on NetEnt’s stock price from when the two companies made their agreement this past June. The Malta Competition and Consumers Affair Authority has also signed off on the merger already and, if everything stays on track, the deal could be finalized before the end of the year.

Initial plans to close prior to November 2 were scrapped as authorities needed more time to weigh their options. The CMA had until November 20 to announce its decision, or the potential merger could have fallen apart.