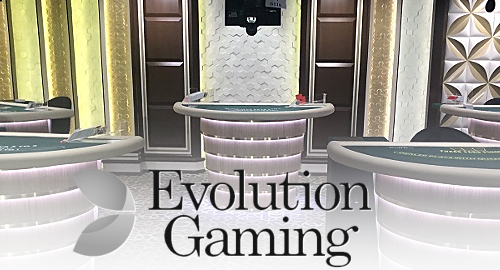 Specifically, Evolution was seeking to more than double the studio’s physical footprint, from its current 2,223-square-feet to 5,386-square-feet. Evolution hoped to fill the extra floor space with 24 additional blackjack tables, one Money Wheel table and one Side Bet City table.

The DGE signed off on Evolution’s proposal, provided the company meet the DGE’s requirements for adequate closed-circuit television coverage of all tables, whether the tables are active or not.

The DGE also stipulated that the security department at the Hard Rock Atlantic City casino – where Evolution’s studio is located and for whom Evolution already provides live casino services – is to be responsible for the live studio’s security.

Evolution’s New Jersey studio was its tenth facility worldwide but only its second North American studio, following the launch of live dealer services for the provincial gambling monopoly in British Columbia, Canada in early 2018.

In September, Evolution was approved to operate in Pennsylvania’s nascent intrastate online gambling market. The company is still putting the finishing touches on its Pennsylvania studio, which will open sometime next year with “more than 10” online live tables offering a variety of Evolution game variants.