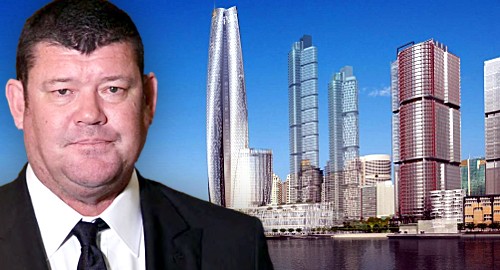 On Wednesday, Crown’s single largest shareholder James Packer toured the site of the in-development Crown Sydney project, which was scheduled to open sometime in H1 2021. However, Packer told local media that the towering structure going up in Sydney’s Barangaroo district will now open its doors before Christmas 2020.

Packer, who intends to spent at least part of his time living on site in the two-story penthouse he purchased for AU$60m, said word of the advanced launch date was “really pleasing” and “a credit to the Crown team, [developers] Lend Lease and our architects Wilkinson Ayre.”

Packer’s tour of the project was marred by thick clouds of smoke generated by Australia’s ongoing wildfire crisis, which Packer called “the worst thing I’ve ever seen .. to happen to Australia.” The Packer family and Crown have collectively donated AU$5m to Australia’s fire relief and recovery efforts, the biggest single public donation to date.

There’s almost as much smoke currently surrounding Crown, which spent most of last year defending itself against allegations of impropriety involving its Asian VIP gambler programs. Crown is facing regulatory probes at both the federal and state level, mostly centered on the company’s relationships with Chinese junket operators.

The negative attention may yet torpedo Packer’s plan to sell a 20% stake in Crown to his former joint venture partner Lawrence Ho, who last year was revealed to be a director of a firm with which Crown was prohibited from associate. The New South Wales Independent Liquor and Gaming Authority will begin its probe into the share sale on January 21 and Packer has said he will attend if called.

Packer suffered a mental breakdown in 2018 that caused him to step down from Crown’s board of directors only one year after returning to the fold. This week, Packer’s mother told local media that her son had been “shattered” by the detention of Crown staff by Chinese authorities in 2016 for aggressively marketing Crown’s gambling options to local VIPs.