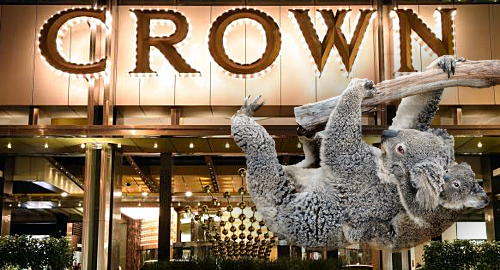 Crown’s share price fell 3.2% to A$12.26 on Monday following Sunday’s broadcast of 60 Minutes, part of a joint investigation with local newspapers The Age and the Sydney Morning Herald, which accused the company of violating Chinese law while partnering with everyone from drug dealers to human traffickers to Hong Kong triads to boost its VIP gambling revenue.

Despite the allegations, Crown’s share decline was nowhere what the media outlets clearly expected, and the shares even ticked slightly upward towards the end of trading. Perhaps investors realized that much of the breathless reporting on Crown’s dealings with junket operators could be applied to every major casino operator on the planet.

But Crown isn’t out of the woods just yet. The report has prompted calls from reliably Crown-bashing characters such as Independent MP Andrew Wilkie, who declared that “the Australian government has to pay attention” to this report, given its “multi-jurisdictional … multi-agency … international” scope.

Wilkie’s call for a “parliamentary response” was echoed by Independent senator Jacqui Lambie, who claimed to be “appalled by the revelations” on Sunday’s broadcast and that “criminal charges should apply to all involved.” Lambie demanded to know what the Australian Federal Police planned to do in response.

So far, comments from Australia’s regulatory bodies have been much more tempered. Austrac, the federal financial watchdog, declined specific comment regarding Crown, stating only that it was “actively addressing the significant risk of money laundering through casinos, particularly through casino junkets.”

The Victorian Commission for Gambling and Liquor Regulation (VCGLR), which has oversight over Crown Melbourne, said it was “continuing to consider the well-publicized events” detailed in Sunday’s broadcast. The Gaming and Wagering Commission of Western Australia, which oversees Crown Perth, said it would continue to investigate all issues related to casino regulation.

In New South Wales, where the VIP-focused Crown Sydney is scheduled to open next year, the Liquor & Gaming NSW regulator said it would work with its counterparts in other states “to understand if any action should be taken in light of the allegations raised against Crown.”

It’s worth noting that Crown Melbourne and Crown Perth are the largest single-site employers in their respective states. Tony Robinson, a former minister for gaming in Victoria, said the VCGLR “has for too long not applied the powers it has to scrutinize Crown adequately and it’s therefore no surprise to see these sorts of stories emerging.”

Prime Minister Scott Morrison told parliament that his government “takes allegations of illegal activity very seriously.” Morrison added that allegations of a Crown VIP jet with an international fugitive on board being allowed to land on and take off from Australian soil was “a very serious topic and deals with the integrity not only of our gaming industry but issues that go to law enforcement and border protection.”

TOUGH NEW CASH TRANSACTION LIMITS IN THE WORKS
It’s unclear whether the timing is coincidental, but Friday saw Australia’s Treasury Department revive plans to prohibit making or accepting cash payments over A$10k (US$6,900) for goods and services on an “economy-wide” basis. The change, which is set take effect in January 2020, is intended to disrupt the so-called ‘black economy.’ Violators could face jail stints as long as two years.

The 60 Minutes piece made liberal use of surveillance footage of allegedly shady characters depositing fat stacks of cash with Crown casino cashiers. Under the proposed legislation, such transactions would need to be made “using the electronic payment system or by cheque.” A public consultation on the Currency (Restrictions on the Use of Cash) Bill 2019 will close on August 12th.