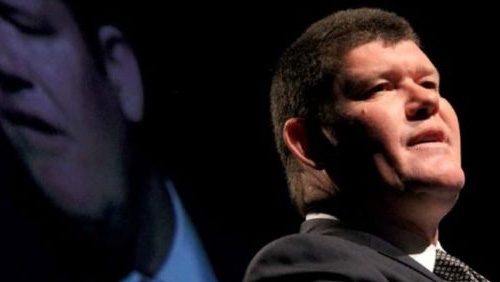 A little over half a year after returning to the board of Australian casino giant Crown Resorts, James Packer is out of the door. Again.

Australian-listed Crown Resorts announced on Wednesday that the Aussie billionaire has resigned from his position as director at the casino company, citing “personal reasons.” A spokesman for Packer said the businessman has been “suffering from mental health issues,” which resulted in his decision “to step back from all commitments.”

The news of Packer leaving the casino company for the second time in less than three years is the latest event in the turbulent period of the 47-year-old casino mogul’s life, including the unraveling of his dreams of an overseas gambling empire as well as his very much publicized breakup with singer Mariah Carey.

Packer relinquished his board seat in December 2015 to focus on Crown’s international expansion opportunities, only to rejoin in August 2017 on the heels of the China crackdown that resulted in the arrest of several Crown staffers. The incident ultimately led to Crown shelving its overseas expansion plans: the casino operator withdrew from Macau, shut down most of its offices in Asia, and even sold its assets in Las Vegas worth $300 million along with other assets to pay off debts.

Packer declared Crown Resorts’ global strategy a failure, and decided to focus on Australia. However, things aren’t going smoothly for Crown Resorts in Packer’s home base. Crown Resorts recently found itself in the center of a probe by Australian gambling watchdog Victorian Commission for Gambling and Liquor Regulation (VCGLR) over allegations that the casino operator allowed the tampering of pokies machines at its Crown Melbourne site. If found guilty, the VCGLR could strip the Crown Resorts’ flagship casino of its license.

On top of that, the businessman also found himself in hot water with Israeli authorities for allegedly showering the family of Israel Prime Minister Benjamin Netanyahu with lavish gifts and benefits—including tickets to Carey’s show and expensive hotel stays.

Packer remains to be the largest shareholder of Crown Resorts, which makes him responsible for any blunders that affected the casino company’s revenue and growth. In an October interview with The Australian, Packer admitted that “it has been a tumultuous four or five years,” with “China falling apart, the Australian casino businesses missing budgets by big amounts, I’ve got Mariah breaking up with me…“

Las Vegas Sands may be interested in Crown, Okada acquisitions
Erik Gibbs
7 May 2020

Melco might be in trouble as it unloads Crown stake at a huge discount
Erik Gibbs
29 April 2020
.