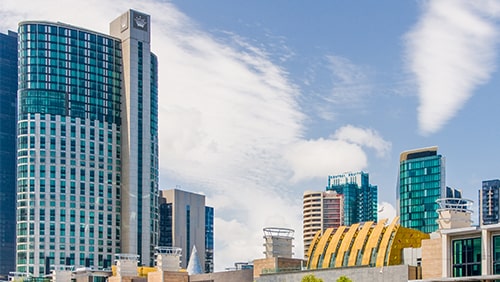 The light shining on Crown Resorts just dimmed a little more. The results of the Bergin inquiry, launched to determine whether the casino operator is worthy of a license in New South Wales (NSW), are in and the verdict is official. Crown doesn’t deserve to run a casino at its new resort in Sydney, putting in jeopardy the future of the $1.7-billion property, as well as the company.

The ruling wasn’t a surprise to anyone, as even last November there were already indications that Crown might be determined unfit to hold a casino license. Crown has been the subject of regulatory scrutiny that has increased over the past couple of years, but which spans many more. It has been involved in money-laundering activity (either as a willing or an incompetent participant, depending on who you ask), has welcomed warlords into its casinos, has rigged gaming machines and much more. After executives admitted during the Bergin inquiry that Crown had been complacent in providing anti-money-laundering protection, the company’s fate was all but sealed. Crown is not a “suitable person” to be tied to gaming licenses and the subsidiary in charge of the Sydney resort, Crown Sydney Gaming, is not a “suitable person” to hold a license.

The findings were revealed in an extensive report yesterday; however, there is still a chance Crown might be able to redeem itself. The Bergin inquiry is named for Commissioner Patricia Bergin, who previously served as a judge on NSW’s Supreme Court and who led the inquiry. She said in her response, “If Crown is to survive this turmoil and convert itself into a company that can be regarded as a suitable person … there is little doubt that it could achieve a fresh start and emerge a very much stronger and better organization.”

In order to turn things around, Crown will need to clamp down on its internal operations and keep its nose clean, without a single breach or questionable blip on the regulatory radar. In addition, Bergin wants to rewrite the casino laws in NSW to include language that no single shareholder can attain, hold or transfer more than 10% of a casino licensee without prior approval. She wants to create an independent casino regulator and prevent casino operators in NSW from dealing with all junket operators.

The outcome of the Bergin inquiry could impact Crown elsewhere in Australia, as well. The results could influence Victoria, which is also investigating the company, and cause problems with its Melbourne operations. In light of the findings so far, Crown has already halted trading of its stock, which will only further jeopardize its future.