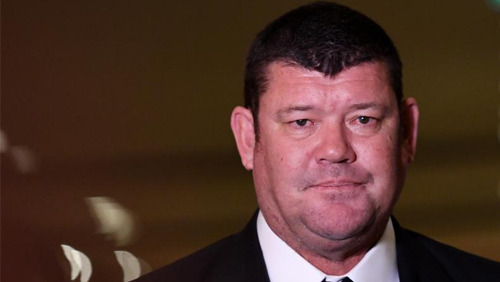 Trouble has its ways of finding Australian billionaire James Packer wherever he goes.

The Packer-led Crown Resorts is once again at the center of an Australian regulatory probe amid allegations that it allowed tampering of its poker machines, The Sydney Morning Herald reported.

Australian gambling watchdog Victorian Commission for Gambling and Liquor Regulation (VCGLR) has green-lit a disciplinary proceeding against Crown in connection with the company’s alleged move to “blank out” certain electronic gaming machines on the casino floor.

If lady luck smiles, then VCGLR might only order the suspension of Crown’s operation and impose fines on the casino operator. The worst case scenario for Crown is if the VCGLR decides to revoke the license of Crown’s flagship casino.

The VCGLR said its probe prediated the testimonies of the whistleblowers that Australian Independent MP Andrew Wilkie presented to the House of Representatives’ federation chamber in October 2017.

The whistleblowers claimed that casino managers ordered Crown Melbourne staff to tamper with the machines, including the disabling of lower bet provisions and the modifying of buttons to allow prohibited autoplay, both of which could increase gambling losses.

They made other allegations against Crown, such as tolerating the misuse of identity documents that helped certain high-value customers avoid the scrutiny of financial watchdogs Austrac and allowing certain customers to smoke marijuana on the premises.

Of all these allegations, a VCGLR spokeswoman said that the anti-gambling watchdog has found grounds to commence with the disciplinary action proceedings related “to the use of blanking of buttons on certain electronic gaming machines on the casino floor.”

For its part, Crown insisted that they have not breached the gambling regulation act since the use of blanking buttons was part of a three-week trial on 17 of the casino’s 2628 poker machines. The casino operator insisted that the “trials” do not require the approval of the regulator. Crown has provided the commission with its position.