When it comes to poker, although it truly is a game for players from all over the world, tournament poker has always been done best by Americans. With most of the Top 10 players in the world hailing from the United States, we have compiled a list purely filled with those elite tournament players from the land of opportunity… and the home of tournament poker. 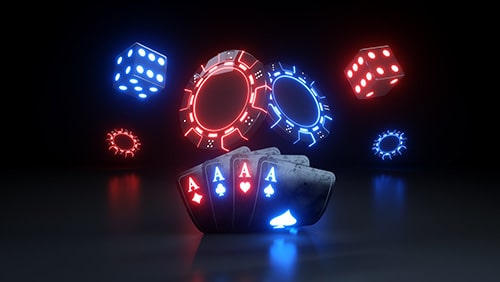 Also known as ‘The Magician’, Esfandiari’s family originated from Iran. Esfandiari was known for his position in the magic circle as a successful magician before poker found him. But he’s best known now for winning the 2012 Big One for One Drop, the single biggest prize in poker at $18.3 million.

Once known as ‘No Home Jerome’ for his ability to play poker for so long at casinos in Vegas without returning home to sleep or eat, Phil Ivey is a poker phenomenon. Winner of 10 WSOP bracelets, only behind Phil Hellmuth in the all-time rankings for that honour, Ivey remains his peers choice as perhaps the best all-round live poker player of all-time.

Perhaps the best player never to have won a WSOP bracelet, the former EPT Champion retains a unique command of fans and players attentions after several years on the circuit. A major winner, a crusher in high rollers and an enigmatic personality, O’Dwyer has even sat on the other side of the mic to turn dry wit into an art form on poker commentaries.

The famous ‘winner who didn’t speak’ won the Big One for One Drop when he toppled Daniel Negreanu… then famously gave a winner’s speech that owed more to semaphore than the power of speech. Colman had his year in the sun and thereafter didn’t push to be part of every high roller going, but you get the impression that if he really wanted to, he could dominate all over again.

There are high rollers, there are super high rollers…then there is Jason Koon. Having recently admitted that he finds the work he’s put into the game ‘exhausting’, the partypoker Team Pro may have a finite period in the game. Even if he does, however, it’s likely that whenever Koon does walk away from poker, he’ll go out if not near the top, then actually at the top of his profession. A real-life poker superman.

Frequently found at final tables in high rollers, David Peters is just as happy grinding through MTT events with the biggest fields. Frequently one of the players that his peers will mention as the best player at the table, Peters has an innate ability to stick around at the table and has the table image of a stone-cold killer. He’s a tournament titan.

Having shot to fame as the man beaten by Johnny Chan in the heads-up battle to capture the 1988 WSOP Main Event, Erik Seidel has built upon that reputation a career that defies any examination. Seidel is a phenomenon who has traversed four decades with his constant adaption of the game of poker. He doesn’t belong to any decade, his success isn’t limited to one decade.

Winner of both a WPT Main Event and Championship Event at the Aussie Millions, Dan Smith has crushed tournaments since 2007, and is nicknamed ‘Cowboy Dan’ at the felt. Smith is like a silent assassin, you don’t see him, you don’t hear him, but then he delivers the killer blow. Smith is an awesome force at the felt and may yet rise even higher on the list.

The Year of Bonomo isn’t a saying in poker for nothing. In fact, Justin Bonomo’s triumphant 2018 has stretched before and after that magical 12 months where the man with pink hair seemed to hog the winner’s shots so often that he knew the photographers all so well he sent them Christmas cards and invited them to a home game. In truth, Bonomo is just really, really good at tournament poker, and when his luck was in, he pressed like no-one has ever pressed before.

While Bonomo is superb, Bryn Kenney may have broken the game of poker, such is the frequency that he wins huge prizes in tournament play. Long known as a poker player who has been prepared to lose it all to make it all, Kenney has made more at the tournament felt than anyone else. He is simply prepared to go to lengths no-one else is to be the best and right now, that’s exactly what he is.