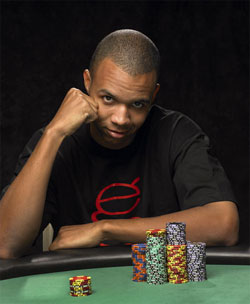 Phil Ivey is already regarded as one of the best poker players in the world. He’s already collected eight World Series of Poker bracelets and at the recent WSOP Asia-Pacific event at Melbourne, Australia, the man known as the Tiger Woods of Poker notched his ninth career WSOP title when he took down the $2,200 Mixed Event.

With the win, Ivey earned a spot in the record books with his ninth WSOP bracelet, moving him in a tie with the late great Johnny Moss for most career WSOP bracelets, trailing only Doyle Brunson and Johnny Chan with 10 apiece and Phil Hellmuth with 13. Ivey’s win came at a  tournament that involved a good understanding of the many different types of poker games. As a Mixed Event, the format combined a plethora of different poker games that are played in repeating rotation. Versatility was the name of the game and Ivey proved to be the most versatile of them all.

All in all, 81 players signed up for the event, including Daniel Negreanu, who himself is no stranger to feeling the weight of a WSOP bracelet on his wrist. Unfortunately, we were all deprived of the opportunity to see an Ivey-Negreanu heads up showdown when Kid Poker hit the rail in fourth place, leaving Brandon Wong and Graeme Putt in the running against Ivey.

In the end, though, Phil Ivey proved his worth as one of the best in the game, winning the tournament and pocketing $51,480 for his efforts. The first prize money might not be all that high, but the important thing in these tournaments isn’t so much the moolah as it is the hardware. And by hardware, we mean the shiny bracelet that Phil Ivey can now add to his growing collection.

With the he’s playing, we won’t be surprised if he flies out of Melbourne in a week’s time with more than one of these bad boys in tow.