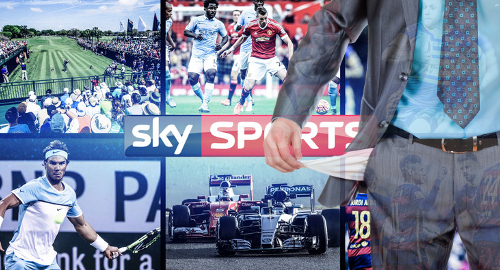 Gambling advertising restrictions in Italy and the UK are putting a serious crimp in UK broadcaster Sky’s revenue.

Last week, Comcast Corp announced that its Sky TV subsidiary’s revenue in the three months ending September 30 had fallen 4.2% year-on-year to $4.55b, in part due to a 13.8% decline in advertising revenue. Ad revenue fell to $446m due to “unfavorable impact from a change in legislation related to gambling advertisements in the UK and Italy.”

Italy’s so-called Dignity Decree imposed a near-total ban on gambling advertising last year (as well as a sports sponsorship ban that kicked in this January) while UK-facing gambling operators agreed to a voluntary ‘whistle to whistle’ ban on advertising during broadcasts of live sports events that took effect ahead of the launch of the current Premier League season.

Speaking to analysts following the earnings release, Sky CEO Jeremy Darroch said the changes had “disproportionately” impacted his company due to its emphasis on live sports broadcasts. Darroch noted that Germany was preparing to impose similar restrictions, which will provide further downward pressure on Sky’s revenue.

Limits or outright bans on gambling advertising have been introduced or contemplated in a growing number of European Union markets, in part due to significant rises in advertising activity. The questionable marketing approaches of a few operators have also brought the whole industry under unwanted scrutiny.

As a result of these broadcasting curbs, gambling operators will continue to shift larger portions of their marketing budgets to online promotions, particularly in light of search engine giant Google taking a more relaxed approach to gambling marketing.

Google recently permitted sports betting advertising in a number of US states where such activity is legal, as well as for licensed operators in Colombia, Kenya and Nigeria. Google is also reportedly preparing to lift its longstanding ban on online casino advertising in the US market, possibly as early as the first quarter of 2020.