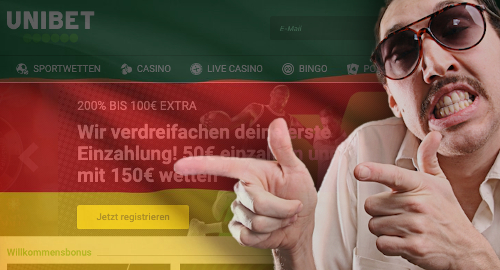 Gambling advertising spending is at a five-year peak in Germany, despite many of the promoted products being viewed as illegal by the local government.

Marketing analysis outfit Research Tools, using data compiled by media observation firm AdVision, has a new study out that claims German market gambling advertising spending totaled €401m in the 12 months ending May 2019, which the study says represents a near-triple increase over the past five years.

Despite being a forbidden activity in all but one German state, online casino advertising drove much of this growth, increasing by €70m over just the past year. Sports betting accounted for 20% of all ad spending, while all forms of state lotteries claimed a 25% slice of the pie.

The study claims that an average of 64 different companies promote their gambling products in Germany each month, roughly 35% higher than the number of companies peddling their products at the start of the study period. Television accounted for 80% of all gambling ad spending.

A dozen gambling operators each spent over €10m on advertising in the past year, and eight of these operators increased their spending year-on-year. The report singled out Wunderino (the folks who recently acquired the German-facing Mybet brand) and the Kindred Group’s Unibet as making particularly large spending increases last year. The five biggest spenders accounted for around half of all gambling advertising in Germany.

Germany’s famously dysfunctional online gambling market is currently entering a new ‘toleration’ phase, in which operators will be allowed to apply for interim online sports betting licenses come January 2020. But these licenses will only be valid until July 1, 2021, by which time the 16 German states hope to reach agreement on a new, permanent, federal gambling treaty that may or may not allow online casino products.

Among the guidelines recently laid out for would-be German online applicants is that merely being awarded an interim license won’t be enough to allow an operator to advertise their products to German punters. That will require a separate license from Germany’s telecom watchdog, injecting yet more bureaucracy into an already labyrinthine process.