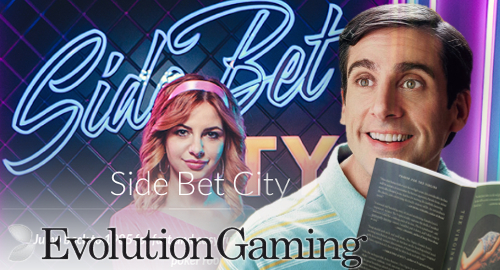 Live dealer online casino specialists Evolution Gaming have a license to print money and the company expects to print even more money as the audience for its products grows.

On Thursday, the Stockholm-listed Evolution reported that its revenue in the three months ending September 30 had grown 47% year-on-year to €84.7m, while earnings jumped 74% to €48.5m – as margins grew nearly eight points to 51.2% — and profit nearly doubled to €39.8m from the same period last year.

For the year-to-date, revenue is up 48% to €260m, earnings are up by two-thirds to €127m and profit is up more than three-quarters to €103m. It shouldn’t come as a surprise to learn that Evolution CEO Martin Carlesund pronounced himself “very satisfied” with his company’s “consistently strong results.” The company’s shares closed out Thursday’s trading up 8.3% to SEK229.

Carlesund said that Evolution’s products were “reaching completely new player types,” essentially live casino virgins who “are being converted from other game categories, such as slots.” The company’s highest growth is currently coming from Asia and North America, whereas some regulated markets in Europe have “entered a more mature phase.”

Evolution was awarded a Pennsylvania online gaming manufacturer license last month and the plan is to launch a local live dealer studio next year. Evolution’s studio in neighboring New Jersey currently offers nine game titles but the plan is to double the studio’s capacity by the end of 2019.

Evolution’s new studio in Malta is now operational and the company’s operation in the Republic of Georgia has doubled its capacity since its April 2018 launch. The company made no mention of the labor unrest that threatened to derail its Georgian operations this summer.

This week, Evolution announced a “landmark deal” with Flutter Entertainment’s flagship brands Paddy Power and Betfair. Evolution’s chief commercial officer Sebastian Johannisson said the pact, which will see the brands offer Evolution’s entire live casino portfolio, was something the company had been “working towards for a number of years.”