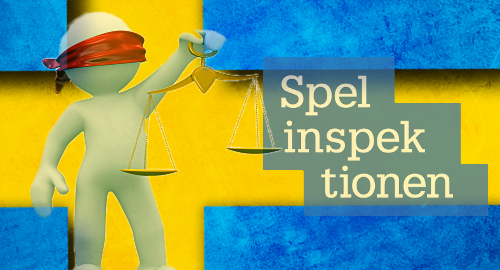 Sweden’s gambling regulator is winning some and losing some in its bid to control its licensees.

On Tuesday, Sweden’s Spelinspektionen regulatory body announced that the administrative court in Linköping had upheld the regulator’s decision to issue two-year licenses to Cherry AB’s online gambling brands, including Cherry Casino and ComeOn.

The licenses issued to the seven Cherry brands last December were significantly shorter than standard five-year term issued to most other Swedish licensees. Cherry appealed this ruling but the Linköping court rejected these efforts. The regulator has yet to publish the ruling.

Last week, the same Linköping court upheld the appeal of online gambling operator LeoVegas, which had been issued the same limited two-year license last November. The court ruled that the fact that LeoVegas had been penalized by UK gambling regulators in May 2018 was insufficient to justify the limited licensing window.

Spelinspektionen director Anders Sims told Swedish media that the regulator was still mulling whether or not it will appeal the LeoVegas verdict, but said there was “no clear link” between that ruling and the Cherry situation. Without getting into specifics, Sims said the Cherry judgment was due to “uncertainty about the organization.”

Cherry has definitely undergone some upheaval in recent years, including the insider trading charges laid against the company’s former CEO Anders Holmgren, which led to the resignation of two other directors. Cherry also took steps to take the company private this year.

Since receiving its Swedish license, Cherry found itself in Spelinspektionen’s bad books in August, when three Cherry brands were penalized for accepting wagers on sporting events involving players under 19 years of age. That alone was likely enough for the court to tip the scales in Spelinspektionen’s favor.

COURT REDUCES CASINO COSMOPOL FINE
On Monday, the same Linköping court ruled that the SEK8m penalty that Spelinspektionen imposed on Svenska Spel’s Casino Cosmopol subsidiary in November 2018 was too severe. The regulator imposed the penalty after concluding that Casino Cosmopol’s anti-money laundering deficiencies were “serious and in many cases systematic.”

Casino Cosmopol appealed this penalty and the court concluded that the company was indeed lacking rigor in its AML and terrorist financing protocols. However, “based on an assessment of the nature, character and extent of the violations, the administrative court has reduced the penalty fee to SEK3m” (US$351k). Spelinspektionen is still deciding whether to appeal the reduced fine.