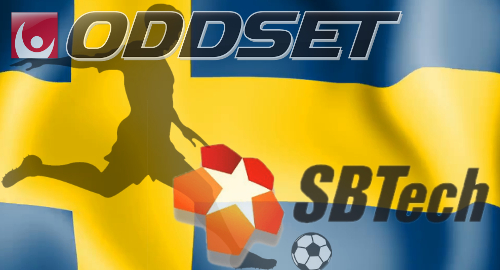 On Monday, SBTech announced a new multi-channel sportsbook partnership with Svenska Spel Sport & Casino, the digital offshoot that was spun off from the Svenska Spel mothership ahead of Sweden’s transition to a competitive online gambling marketplace this January. The new betting product, which will use Svenska Spel’s Oddset brand, is expected to be in place by Q2 2020.

SBTech is on a Nordic roll, having inked a similar multi-channel pact with Finland’s state-run gambling monopoly Veikkaus in July. Denmark’s state-run Danske Spil also counts on SBTech for its sports betting platform.

Svenska Spel is enjoying 2019 slightly less than SBTech, having previously enjoyed an online monopoly in Sweden. While most of the online operators who previously served Swedish punters without local permission have since acquired Swedish licenses, a few defiant international holdouts remain, a fact that continues to irk Sweden’s Spelinspektionen gambling regulatory body.

Last week, Spelinspektionen issued a public warning to the nation’s financial institutions that processing payments on behalf of internationally licensed gambling operators who lack local licenses could be a violation of Sweden’s Gambling Act. The regulator cited the usual concerns about money laundering and terrorist financing, not to mention lost tax revenue for the government.

Sweden has done a good job of ‘channeling’ its gamblers to locally licensed sites, resulting in a revenue plunge for so-called ‘rogue’ operators. But Swedish-licensed operators have also struggled under the weight of new taxes, advertising restrictions and unclear regulations.

Tuesday will see an ‘information meeting’ between Sweden’s gambling licensees, Spelinspektionen, the Swedish Tax Agency, the Financial Police and the Swedish Consumer Agency. Spelinspektionen says the purpose of the meeting is to “increase the understanding” between operators and the authorities, and the donnybrook is being broadcast live on the regulator’s YouTube channel starting at 9:30am local time.