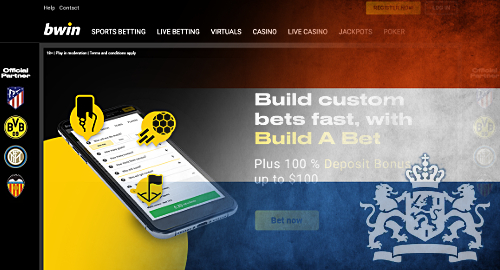 On Wednesday, the Netherlands’ Kansspelautoriteit (KSA) regulatory body announced that it had imposed a €350k fine on Gibraltar-based ElectraWorks Ltd, the GVC subsidiary that controls Bwin.com. The KSA’s statement says that Bwin.com offered online games of chance and “a large selection of sports bets” to Dutch punters “at least for a certain period of time” in violation of local rules.

The criteria by which the KSA judged Bwin to be acting like a ‘cowboy’ will be well familiar to loyal readers, as they’re the same smoking guns that have tripped up other operators. Specifically, Bwin was found guilty of using the popular Dutch online payment processor iDEAL and failing to geo-block Dutch customers.

The KSA began investigating Bwin.com in August 2018 and quickly determined that while Bwin.com blocked users from the US, Poland and Portugal, the Netherlands went unmentioned. The KSA’s undercover agents registered a Bwin.com account and made a €20 deposit via iDEAL. The KSA reviewed Bwin.com again this January and found no changes from its original inspection.

Bwin attempted to defend its local market presence by citing a 2012 dialogue with Dutch officials regarding the desire for a ‘smooth transition’ to a locally regulated market. Bwin said it was reassured that all would be okay so long as the site didn’t offer Dutch-language services or engage in any Dutch-facing advertising or printed media campaigns.

But the KSA countered with the many more recent public statements made by Dutch politicians and the regulator itself regarding its willingness to enforce local gambling rules against operators who offer Dutch-language or payment options, use a .nl domain or employ visual images intended to evoke Dutch connections, including windmills, wooden shoes and stroopwafels.

The KSA determined the amount of Bwin’s fine by starting with the base penalty of €150k, then doubling that due to the large number of forbidden products on offer. The KSA tacked on an additional €50k due to Bwin’s policy of debiting a fixed amount per month from accounts that are inactive for over 365 days, a policy the KSA said represented an “unacceptable disadvantage for the consumer.”

The Netherlands is currently in the process of crafting the new rules for its regulated market, which is expected to launch in January 2021. Among the policies being discussed is how long of a ‘time out’ that ‘cowboy’ operators who have failed to adhere to the KSA’s rules will have to serve in order to be eligible for a new Dutch license.

This is the second regulatory penalty imposed on GVC in as many weeks. Last week, the UK Gambling Commission hit GVC with a £5.9m penalty due to historical failures of responsible gambling and anti-money laundering obligations at GVC’s Ladbrokes and Coral brands.