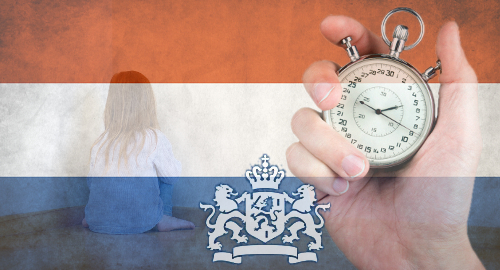 The Netherlands’ gambling regulator has finally offered some specifics on the ‘time outs’ it plans to impose on operators who served the local market without its permission.

When the Dutch legislature passed its Remote Gambling Bill in February, it stipulated that operators who continued to ‘actively’ serve Dutch customers without the Kansspelautoriteit (KSA) regulatory body’s permission would have to serve a two-year ‘cooling off’ period before becoming eligible for a new Dutch online gambling license.

On Friday, the KSA released a draft policy rule regarding this cooling off period, which reveals that the two-year period will be backdated from the point that the KSA receives a company’s online license application. So if an operator files its application on July 1, 2020 – the expected start of the licensing window – said operator must not have been actively targeting the Dutch market any later than July 1, 2018.

The KSA defines ‘actively’ by a number of criteria, including whether a website used a .nl domain, offered Dutch language services, released ads targeting Dutch customers, used branding or imagery associated with the Netherlands or allowed customers to transact with Dutch payment processors such as iDeal.

The KSA cautioned that this policy will expire on July 1, 2021. So if an operator was still targeting the Dutch market after July 1, 2019, they will be permanently excluded from applying for a Dutch online license.

Operators who have catered to Dutch punters in the past have been busy cleaning up their act in preparation for the new online license derby. Nordic operator Betsson AB, which has been on the receiving end of the KSA’s disciplinary division, recently rebranded its two Dutch-facing sites in an apparent bit of reputation management.

The KSA also cautioned that operators will also be subject to a broader reliability probe, the full details of which are still being finalized. That will include a Bibob (probity) screening, as required under Dutch law for any company applying for a license or bidding on a government contract.

Assuming the licensing window opens as planned in mid-2020, the newly regulated online market is expected to launch on January 1, 2021. The KSA recently revealed that it had received 183 expressions of interest from online hopefuls, of which 89 were non-Dutch companies.