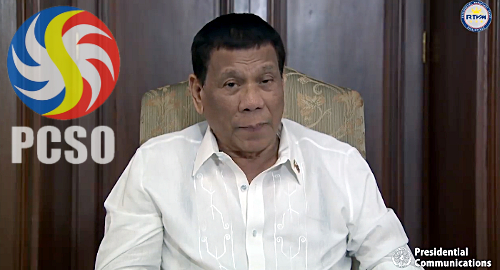 Philippine President Rodrigo Duterte has given the Philippine Charity Sweepstakes Office (PCSO) just 24 hours to shut down its gaming operations or face the consequences.

On Friday, Duterte’s official Facebook page posted a video (viewable below) of the president ordering “the closure, the stoppage of all gaming schemes of whatever nature, however done, that got their franchises to do so from the PCSO.” Duterte cited “massive corruption” as the justification for his surprise order.

Duterte also ordered the termination of all PCSO-granted “permits and concessions or whatever” and vowed to ignore any court order that the PCSO might obtain in an attempt to forestall the shutdown order.

Duterte said that as of Saturday morning, PCSO gaming devices must be removed from all public places or else the Philippine National Police (PNP) and the Army would detain anyone involved with the machines’ continued operations.

Duterte said his order applied to all forms of gambling but specifically singled out lotto, small town lottery (STL), the Peryahan ng Bayan numbers game and keno products. Duterte added that his personal sentiment would be to see all gambling products “gone,” although he said he would “maybe” consult with Congress before acting.

Duterte closed his message with an extraordinary comment suggesting that his objections were largely due to the government not getting its share of gambling proceeds. Duterte said “maybe [gambling] can help in the economic activity because money goes around. But if you fuck government, that’s something else.”

F**K YOU, PAY ME
Earlier this month, the Philippines Commission on Audit (COA) publicly shamed the PCSO for allegedly failing to remit the required 50% of its earnings to the government. The COA’s 2018 audit report claimed that PCSO had failed to remit a total of P8.43b (US$165m) based on its profits from 1994 to 2016.

The PCSO responded to the COA’s report by saying it was “still in negotiation with the Department of Finance” regarding whether the PCSO was exempt from the remittance rules.

The COA further alleged that the PCSO had failed to “intensify” its collection of presumptive monthly retail receipts from its licensed STL operators. The COA claimed that 67 of the 85 licensed STL agents owed the PCSO a total of P4.6b.

The PCSO is a state-run entity that falls under the direct scrutiny of the President’s office, and PCSO profits help fund charitable operations. The PCSO’s STL operations were originally launched in a bid to stamp out the illegal jueteng (numbers) operations that have proven popular with the nation’s small-time gamblers.

But the PCSO has clashed with other branches of the government, including the PNP, which was accused by PCSO execs of protecting jueteng operators. In response, the head of the PNP threatened to “relieve” any officers who failed to exercise the necessary vigor in targeting jueteng operations.

Philippine gaming operators can be forgiven for not understanding exactly what Duterte wants from them, given that his position can change with the position of the sun. Earlier this week, Duterte praised the state-run Philippine Amusement and Gaming Corporation, saying it should do more to promote gambling to boost government revenue.

To be fair, Duterte’s numerous anti-gambling pronouncements have usually turned out to be targeting operations that do most of their dealings with local residents, such as the kind operated by PhilWeb before Duterte took a disliking to the company’s owner. But this time, it seems it’s all about the Benjamins, baby…