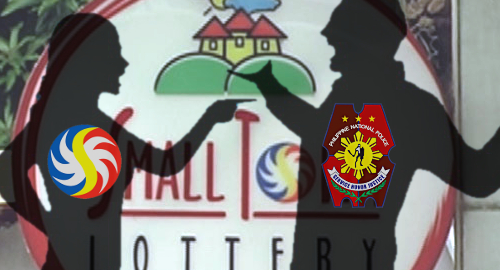 The Philippine lottery administrator is cutting funding for local police due to the force’s “anemic” efforts to stamp out illegal gambling operators.

Last October, the Philippine Charity Sweepstakes Office (PCSO) announced that it was teaming up with the Philippine National Police (PNP) to eradicate the illegal jueteng operations that compete with the PCSO’s official Small Town Lottery (STL) operations.

In exchange for this crackdown, the PCSO agreed to divert 2.5% of its STL revenue to the PNP. From January to June of this year, the PCSO’s contribution to PNP budgets amounted to over P154m (US $3m) but the flow of STL funds could be dramatically slowed by October.

On Wednesday, the Manila Bulletin reported that the PCSO planned to cut its PNP funding by at least 50% due to what PCSO general manager Alexander Butan described as the PNP’s focus on the minnows of illegal numbers game operations – money collectors and players – rather than the organizers.

Speaking at a press conference in Mandaluyong City on Tuesday, Butan said the PNP’s “anemic” anti-gambling efforts had resulted in “some arrests but it was not enough … Arrest, charge and jail the illegal gambling financiers and do not focus only on the small fry.”

Chief Supt. Dionardo Carlos defended the PNP’s actions, which he said had resulted in over 12k arrests and P5m in confiscated funds since February. Carlos also pointed out that the PNP had been tasked with tackling the nation’s drug dealers by none other than President Rodrigo Duterte.

Butan said he understood the importance of the PNP’s anti-drug campaign but pointed out that the agreement the PCSO signed with the PNP required police to ‘aggressively’ target illegal gambling. “I hope that will not only be on paper.”

Butan said the PNP’s funding clawback would be redistributed to other enforcement agencies, including the National Bureau of Investigation (NBI), which Butan said had demonstrated a willingness to go after big-time jueteng operators in the Bicol and Central Luzon regions. The Armed Forces of the Philippines is also in line for a funding boost in exchange for deploying its counter-intelligence tools against jueteng operators.

In January, the PCSO began expanding its roster of authorized STL agents from the original 18 to the new target of 91. In April, the PCSO reported that STL revenue in the first three months of 2017 totaled nearly P2.9b, a 130% increase from the same period in 2016.