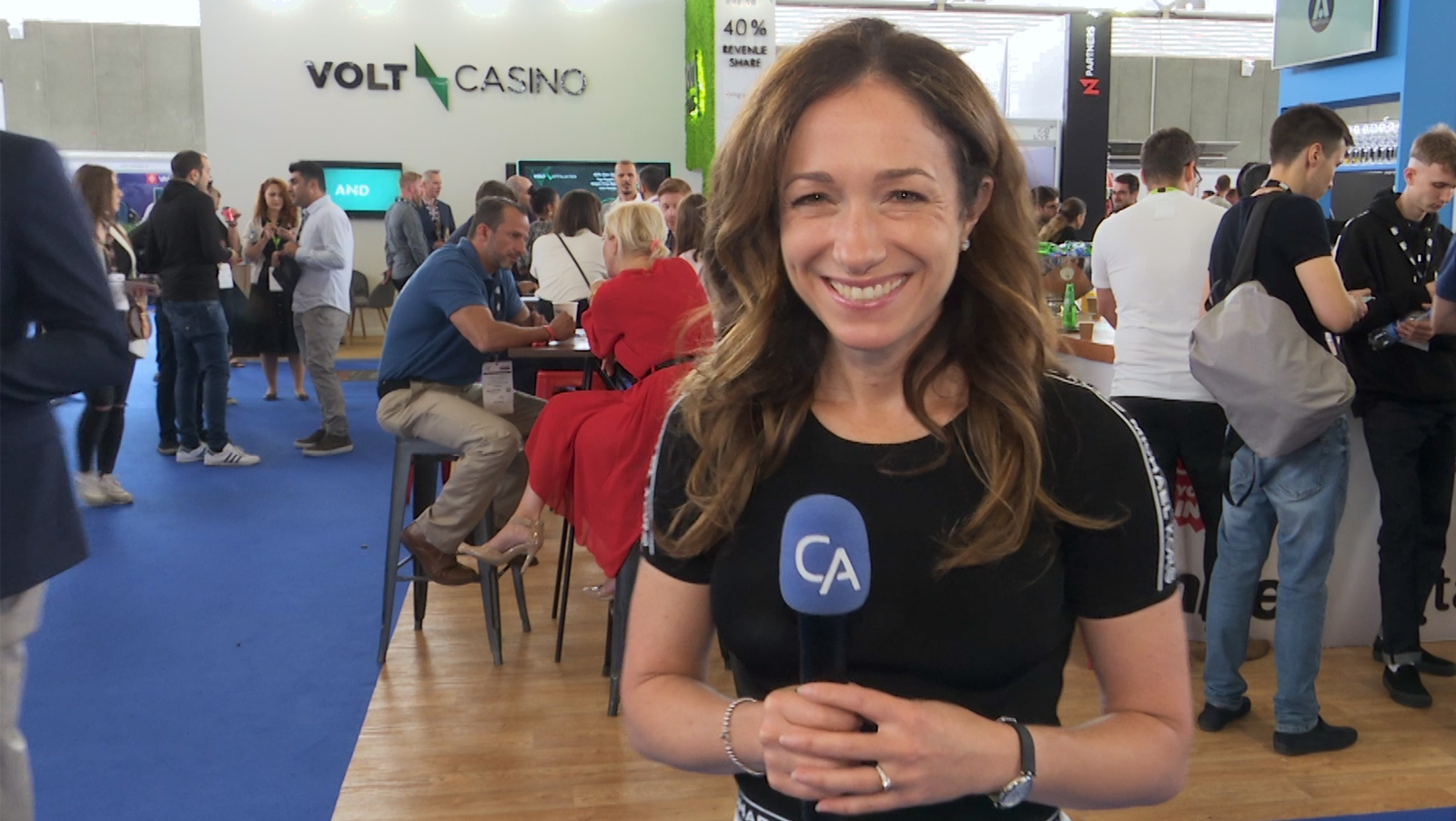 iGaming industry professionals returned to the RAI in Amsterdam for the second day of iGB Live 2019, an event bringing together all facets of the industry under one roof.

The expo floor buzz continued into Day 2 and was complimented by exciting features such as the Start Up Launchpad, “Games to Watch” and a selection of sessions taking place within the HQ portion of the event and the iGB Affiliate Amsterdam conference area.

Today’s session dedicated to innovation in technology and the future of iGaming featured Stav Zilbershtein, co-founder and CEO of Hyperion, an IT outsourcing company. Zilbershtein dove into the benefits of IT outsourcing for iGaming operators and explained how doing so will help operators save time and money.

“The turnover rates of a good developer in London is insane. They can move work places quite often just for a slight change in money which makes it one big problem. This is the same problem in Malta,” Zilbershtein told CalvinAyre.com.

“In Sweden we just simply don’t have enough good developers and then all in all the salaries, and all the overheads and everything, stacks up to quite high costs, where in Ukraine, where our development center is, you can actually get very good same level talents but in significantly more cost-effective approach. So it’s a win-win,” he said.

When it comes to affiliate marketing in the regulated U.S. market, DraftKings and FanDuel have a tremendous advantage with their massive database of players that easily convert into real money sports bettors. These two brands will not reward affiliates with a commission if the player is already in their system, yet there are still plenty of other opportunities for affiliates in this space.

“[Affiliates] are going to have to find a way to compete,” said industry veteran David Gzesh, of Gzesh Law Ltd.

“The typical affiliate model historically has been, ‘Oh we just signed the player up, we don’t know anything about them, we don’t even know who they are.’ I think affiliates are going to have to get creative. They’re going to have to go in social media or whatever resources they can to be very good at tailoring offers to people they have identified as perspective gamblers,” he said.

Zooming in a bit further south, Brazil continues to represent a promised land for affiliates and operators alike, with both parties anxious to tap into this lucrative market.

During his presentation today, Alessandro Valente of SuperAfiliados provided a number of tips and tricks for affiliates, emphasizing the importance of tailored content.

“Basically it’s a cultural thing in Brazil, we are inclined to actually read graphics or videos better than just a bunch of text and basically if you follow that kind of a principal and instead of using a very long article about an operator and just use an infographic, that sells a lot easier than an article, for example,” he shared with CalvinAyre.com.

Valente revealed a basic checklist for a successful ROI in the Brazilian market with the audience, a power point slide that proved to be of great interest to those in the room. The information was presented as follows:

The issue of trust was emphasized by Valente, for example offering a bonus that too aggressive will turn off Brazilian players and offering cookie cutter supplier slots and games will not fly with this region. Rather, Brazilian players love bingo games, for example, so these types of nuances must be kept in mind when targeting the region.

After two days of learning, networking events and expo floor activity, looking back on our time at iGB Live, the experience was a positive one, and, according to Haydn Williams of Clarion Gaming, the event was a resounding success.

“To be honest, we’ve had amazing feedback from everyone. I think visitors wise, both on the affiliate and the operator side, have really embraced Amsterdam again and enjoyed that it’s the second year of iGB Live and the new branding on the Affiliate Amsterdam side,” he said.

“Exhibitor wise, we’ve actually had some wicked feedback about exhibitors seeing this as their most successful event so far, which for us is amazing. And that’s against shows like ICE and shows like LAC and to hear that for us, for a show that has evolved from a couple of different shows from both iGB and Clarion side, is really exciting,” he added.

GrooveGaming getting into the groove for iGB Live!
Press Releases
8 July 2019