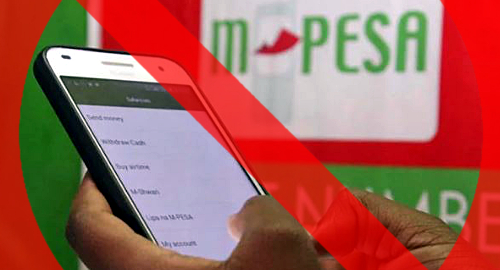 Kenya’s leading sports betting operators could lose their access to mobile money payments while their gaming licenses are suspended.

On Wednesday, Citizen Digital reported that the Kenyan government had ordered mobile payment processors Safaricom, Airtel and Telkom Kenya to withdraw pay bill numbers and SMS codes for the 27 companies whose gaming licenses were either suspended or revoked on July 1.

Betting Control and Licensing Board (BCLB) acting director Liti Wambua wrote a letter to the telecoms, saying that the regulator was still determining whether the affected gambling operators—which include market leaders SportPesa, Betin and Betway—are “fit and proper” to hold gaming licenses. As such, the BCLC was ‘requesting’ that the telecoms “suspend their pay bills and short codes until otherwise advised.”

Mobile payment channels such as Safaricom’s M-Pesa are the predominant form of digital commerce in Kenya, and betting is among the leading sectors in mobile transaction volume. The loss of such payment channels would be devastating to all Kenyan betting operators, but particularly for those who lack retail betting operations.

The Kenyan government’s dispute with its gambling sector is based on its belief that many operators have significant outstanding tax obligations (a claim disputed by the operators). Last month, the government began pressing Safaricom to fork over moneys held on account by the gambling operators to cover these tax obligations. Failure to comply with this demand could result in Safaricom being held liable for these tax arrears.

ADVERTISING RESTRICTIONS NOT QUITE DEAD YET
Meanwhile, the BCLB has launched an appeal of a Nairobi High Court ruling that struck down the government’s tough new gambling advertising restrictions. The government had sought time-limited TV ad windows and complete bans on ‘outdoor advertising,’ social media marketing and celebrity endorsements.

BCLB was originally listed as a party to the suit but failed to file responses to the court in a timely manner. Business Daily Africa quoted a letter sent by BCLB to the court arguing that the suit “proceeded to judgment without our participation, we, therefore, seek that this matter be revived for fresh litigation and determination.”

The importance of Kenya’s gambling sector to local media houses’ bottom lines was underscored by a new TIFA Research report, which showed the betting and gambling sector accounted for 22% of the total Ksh91.5b (US$889.2m) spent on all advertising in Kenya in 2018. That’s twice the share reported in 2016, and up dramatically from just 2% in 2015.

Not surprisingly, gaming firms also appeared on the individual entities spending chart, with MyLotto ranked third with Ksh4.59b. SportPesa didn’t make the 2018 chart, but did place sixth on the H1 2019 chart with Ksh2.22b.