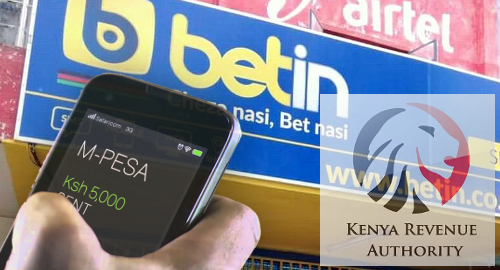 Kenya’s leading sports betting operators are reportedly having trouble paying customers after the government froze their accounts with the country’s leading payment processor.

The money sought by the KRA is based on a 20% tax on bettors’ winnings, the legality of which has been in question for years due to a SportPesa punter’s legal challenge. SportPesa has maintained that it cannot remit any withholding tax while the challenge is ongoing, while the KRA maintains that the court orders apply only to the individual punter, not the rest of the betting company’s clientele.

The letter reportedly declares Safaricom to be a tax-collecting agent of the betting operators and orders the company to immediately transfer the requested sums to a designated bank account held by the KRA. The KRA further warned that if Safaricom doesn’t comply with its order, “you shall be personally liable for the amounts specified herein.”

Earlier this year, Safaricom reported that it had over 21m active users of its M-Pesa service, with each customer averaging 12 transactions per month. In 2016, Safaricom CEO Bob Collymore said mobile sports betting had already eclipsed all other sectors in transaction volume.

SportPesa’s auditors at PricewaterhouseCoopers have attempted to inform the government that its tax demands are confusing winnings with customers’ betting stakes. The company also believes that the KRA makes no distinction between winnings paid to local bettors versus those paid to international customers.

Local media outlets have reported that the financial standoff has led to Betin being hard-pressed to process customers’ withdrawal requests. The clock is ticking on a resolution of this situation, as Kenya’s government has vowed to suspend the license of any betting operator with outstanding tax obligations as of July 1.

Kenya’s government has been on an anti-gambling rampage of late, deporting foreign executives, pushing for tough new advertising rules and proposing a new gambling act with a raft of new fees and responsibilities. Last week, the government unveiled its latest budget, which included a new 10% tax on betting stakes.