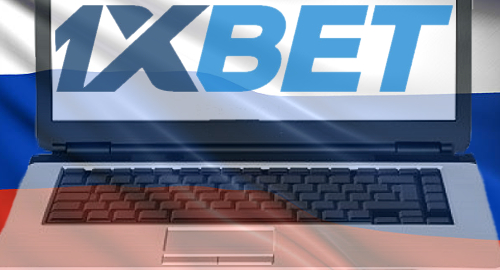 On Tuesday, Russian media outlet RBC reported on new Mediascope data for the country’s top online video advertisers during the first quarter of 2019. The chart was led by tech giants Google, which accounted for 3.3% of all online video ads, followed by PepsiCo with 3.1% while the Curacao-licensed 1xBet ranked third with 2.4%.

There is a Russian-licensed version of 1xBet (1xStavka) but it’s only allowed to offer online sports betting, while the international versions of the site feature slots, poker and other casino games. There are currently 1,635 1xBet-affiliated domains listed on the online gambling blacklist of Russia’s telecom watchdog Roskomnadzor.

Previous reports showed the Curacao-licensed Azino777 topping Russia’s online video advertising chart, but Mediascope says the site has slid all the way to 60th on the Q1 chart with a mere 0.3% share of total online video ad views. The downgrade may have something to do with Russian interest in Azino777’s founders, who were outed in a media exposé in February.

Mediascope said 1xBet ads featured on 447 of the websites monitored for its Q1 survey, down from just 59 sites in the same period last year. By contrast, Azino777’s presence fell from 670 websites in 2018 to just 143 in the most recent survey.

1xBet has increasingly made a name for itself by inserting its branding into bootlegged screener copies of US cable television programs as well as in pirated ‘cam’ videos of feature films that are surreptitiously filmed by members of the cinema audience and then uploaded to file-sharing sites.

RUSSIA SQUEEZING OUT INTERNATIONAL INTERLOPERS
Russia’s ongoing efforts to steer its gamblers toward locally licensed sites – including strict new payment processing rules – appear to be paying off. That is, according to Yuri Krasovsky, president of the First Self-Regulatory Organization (First SRO) of Russian Bookmakers (one of two rival local betting operator trade associations).

Krasovsky told Profile.ru that it was only a few years ago that internationally licensed gambling operators serving Russian punters without local permission controlled up to 70% of the market. Krasovsky claims this figure has since shrunk to around 40% and he expects this number to further shrink to 20% if the local market continues to grow at its current pace.

Vulkanbet is another site that also operates international versions licensed in Malta and Curacao (and is extremely popular in the Ukraine), and Roskomnadzor’s naughty list features several thousand Vulkan-related domains. GGbet is predominantly an eSports betting operator which operates its main site via a Curacao license and has to date scored only a single spot on Roskomnadzor’s blacklist. Patience, grasshopper…