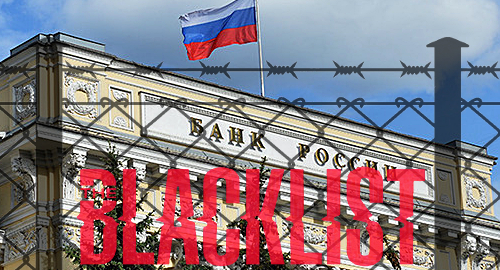 Russia has added more online gambling operators to its payment processing blacklist, but it remains to be seen what success this tactic will achieve.

On Wednesday, Russian gambling affiliate Bookmaker Ratings reported that the Federal Tax Service (FTS) had added 16 names to its list of companies with which Russian financial institutions are forbidden to do business. The FTS announced last month that the Curacao-licensed online casino Azino777 was the first company added to this list.

The internationally-licensed sites of each operator also feature regularly on the online gambling domain blacklist of Russia’s telecom watchdog Roskomnadzor. Betcity, for example, currently has over 1,800 domains on Roskomnadzor’s naughty list, while Parimatch has over 3,100.

Russia approved its payment-blocking legislation in May 2018 but it wasn’t until much later in the year that the government finally started to pressure local banks to toe the line. Under the new law, banks have five business days after a company is added to the payments blacklist in which to stop processing payments on behalf of the offender.

Azino777’s name was added to the list on December 29 and thus banks had until January 14 – due to Russia celebrating Christmas in early January – to stop doing business with the site. But little appears to have changed, as Russian media outlet The Bell reported this week that it was able to move money on and off Azino777 using a Mastercard without difficulty.