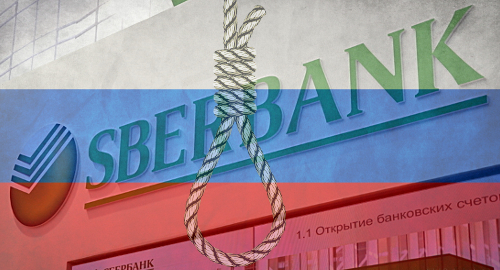 Russia’s banks are slowly responding to their government’s insistence that processing payments with internationally licensed online gambling sites is a major no-no.

In late May, Russian financial institutions were supposed to suspend all dealings with unauthorized online gambling sites, aka any site other than the few locally licensed online sportsbooks. But not all banks and payment processors proved willing to implement the new rules as strictly as the government expected.

A few days later, Kommersant reported that only three major financial institutions – Sberbank, VTB and Tinkoff Bank – were complying with the new rules, and apparently only began doing so following reminders from the Ministry of Finance.

Around the same time, RBC reported that the central Bank of Russia had launched an audit in September to monitor commercial banks’ compliance with the new gambling rules.

This reluctance to follow Moscow’s orders reportedly isn’t borne of defiance, but rather from a lack of preparation by the Federal Tax Service (FTS), which is supposed to supply the banks with a list of unapproved foreign gambling providers and their affiliated payment partners. The FTS has reportedly not yet compiled an official list.

RUSSIA’S TELECOM WATCHDOG ANGRY AT THE GOOGLE
Russia’s ban-happy telecom watchdog Roskomnadzor blocked nearly 14k unapproved online gambling domains in October, pushing the year-to-date total of blocked domains over the 100k mark, compared with less than 63k in all of 2017.

This week, Vedomosti reported that Roskomnadzor had threatened search engine giant Google with a RUB700k (US$10,600) fine – the maximum allowed under current law – for failing to prevent blocked domains from showing up in search results on Russian computers.

Roskomnadzor has previously fretted over its inability to convince Google to purge Russian-language online casino promos from its YouTube video hosting site. International online casino operators like Azino777 have made a name for themselves via videos featuring Russian hip-hop stars that appear on YouTube and in ads on file-sharing sites.

Russian politicians have been making noise about crafting legislation that would allow the state to punish entertainers who accept cash to appear in online casino videos. This week, Ria Novosti reported that Duma member Edward Isakov was preparing a bill that would sentence entertainers to “many days of correctional work” for promoting online casino sites.

Earlier this week, Russian affiliate News of Gambling reported that Russia’s central bank planned to publicly warn entertainers about the dangers of associating with unauthorized gambling operators. The site quoted director Valery Lyakh saying the bank would warn stars’ agents and managers to verify the local legality of any gambling operator before signing on the dotted line.