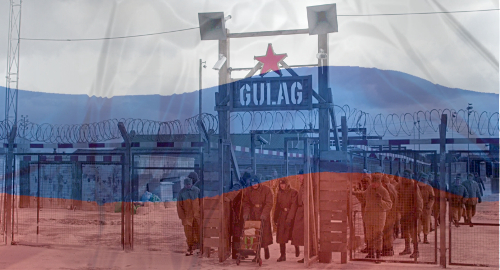 Russian legislators could allow the government to block illegal online casino advertising without a court order, while sentencing those who promote such sites to hard labor.

On Friday, Russia’s official parliamentary gazette reported that Youth Parliament leaders would submit a bill to the State Duma’s Information Policy Committee in September that would force internet service providers to restrict access to illegal online casino advertising the moment such promos are detected.

The move follows this week’s news that Curacao-licensed online casino Azino777 was Russia’s top online video advertiser – outpacing even Coca-Cola – in the first half of 2018. At present, Russia permits only online sports betting by a few select companies, so either operating or promoting online casinos is strictly agin’ the law.

The Youth Parliament also wants to sentence Russian celebrities – like rappers Guf and Viti AK-47 – who promote online casinos to ‘compulsory corrective works’ aka busting rocks with a pickaxe in some mosquito-infested Siberian forest. Youth leader Maria Voropayeva said such punishments were needed to ensure these celebrities “suffer from fraudulent actions.”

Mikhail Degtyarev, who chairs the Duma’s Committee on Physical Culture, Sport, Tourism and Youth Affairs, said he supported the youth wing’s proposal. Degtyarev admitted having “an intolerant attitude” towards the casino-promoting celebrities, due to their alleged ability to influence young peoples’ behavior.

Meanwhile, longtime lunatic right wing politician Vladimir Zhirinovsky wants the government to go much further. Zhirinovsky, who said in 2016 that nuclear war would ravage the globe if Donald Trump didn’t win the US presidential election, recently declared that he wants to see all forms of gambling banned within Russia.

Zhirinovsky’s comments were immediately condemned by Darina Deniosva, president of the Bookmakers Self-Regulatory Organization, who said Zhirinovsky’s conflation of the legal and illegal gambling sectors “causes complete misunderstanding” among the public and Russia’s licensed betting industry would “quite naturally suffer” as a result.