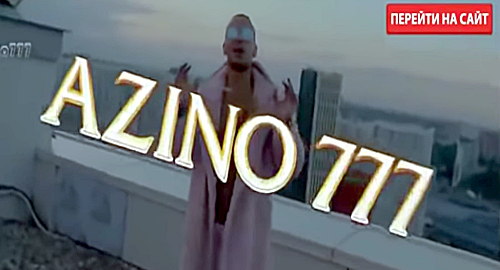 Yet another Russian rapper is annoying the government by releasing videos that promote unauthorized online casinos.

According to the youth parliament’s chairman Maria Voropayeva, Guf’s video lyrics claim that “participation in risk-based games is a way of earning” and Azino777 customers “can have a guaranteed high income.” Guf’s lyrics also “exaggerate the probability of obtaining a win and minimize the risk” of gambling online.

Russia’s government permits a small number of domestic sports betting operators to ply their trade online but other gaming products, such as casino or poker games, remain illegal. Russia has the world’s most active online gambling blacklist – adding another 3,500 domains in the week ending July 14 – and Azino777 has 558 prohibited domains on Roskomnadzor’s overall list as of Thursday.

Voropayeva argues that Guf’s promotion of Azino777 violates Russia’s advertising laws by promoting “services that are prohibited on the territory of the country.” Voropayeva wants the FAS to bring Guf to “administrative responsibility,” which honestly sounds like a euphemism for a bullet to the back of the neck, which we assume is the Russian punishment for all crimes above the level of parking violations.

In May, the FAS made a rare admission of impotence when it said it lacked the ability to censor legally offensive videos unless they were hosted on ‘Runet’ sites aka those with .ru, .su and .рф domains.

However, the youth parliament leader is suggesting a more direct approach: punish the Russian citizen in an appropriately severe manner and perhaps Russia’s hip-hop community will think twice about future appearances in such videos. Given Vladimir Putin’s apparent ownership of Donald Trump, the smart money’s on Guf ending up in Guantanamo.