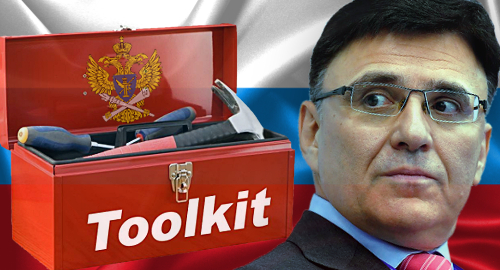 On Tuesday, Russia’s Tass news agency reported on a speech given by Alexander Zharov, head of Russia’s Federal Service for Supervision of Communications (Roskomnadzor), at a meeting with federal legislators in Moscow.

Zharov (pictured) was quoted saying Roskomnadzor was developing “a completely new system of filtering and blocking [illegal] content.” Zharov acknowledged that Roskomnadzor was “all the time running from behind with a fly swatter” but claimed that the new system would be up and running within a year, after which “the situation will change dramatically.”

The ‘situation’ Zharov referred to is Roskomnadzor’s demonstrated inability to erect an effective digital firewall against unapproved online content, including any online gambling site that isn’t among the 15 online sports betting operators currently holding a Russian license.

Roskomnadzor is the undisputed heavyweight champion of online gambling censors, blocking over 13,500 gambling domains in the month of September alone – including more than 1,500 domains in a single day – plus another 3,500 sites just last week. For the year-to-date, Roskomnadzor has tagged well over 90k gambling domains with its scarlet letter, compared with less than 63k domains blocked all last year.

Zharov was cagey on specifics regarding his agency’s new censorship toolkit, but this month saw Roskomnadzor update its domain-blocking tools to use the Internet Protocol version 6 (IPv6), which the agency considers a finer net than the porous IPv4 tech it had been using.

Zharov also took a shot at his country’s perennial bête noires, Ukraine and the United States, which he claimed were principally responsible for flooding Russia’s digital pipes with “rubbish,” including sites that promote terrorism, child pornography or suicide.

It’s been four years since Roskomnadzor issued its first online gambling blacklist, but the agency celebrated another fourth anniversary this week: its presence on social media channels. The agency celebrated this birthday by using its social media accounts to offer ‘free’ 24-hour bans from accessing internet resources “to anyone who wants them.” Most Russians who dared to respond failed to see the humor.