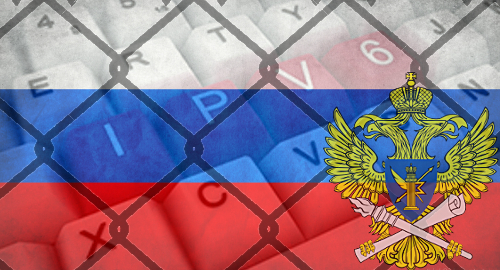 Russia’s telecom and banking watchdogs are ramping up their efforts to keep international online gambling sites from reaching their Russian customers.

Russian telecom agency Roskomnadzor recently alerted the country’s internet service providers regarding plans to improve the agency’s notoriously ineffective domain-blocking mechanism. The new plan, which will kick in on October 1, will allow Roskomnadzor to enter domains into the forbidden registry using the Internet Protocol version 6 (IPv6).

Until now, Roskomnadzor’s blocking mechanism had relied on the previous IPv4 protocol, which was supplanted by IPv6 over a year ago. Roskomnadzor’s reliance on the old protocol allowed internationally licensed gambling sites to slip through the agency’s porous defenses.

The move follows the decision by MTS, Russia’s largest mobile operator, to roll out IPv6 across the country following a successful test in the Moscow district.

Roskomnadzor is arguably the most ban-happy telecom regulator on the planet, at least when it comes to international sites that compete with locally licensed online betting operators and/or offer any other gambling product other than betting. In the seven days ending August 21, the agency banned over 3,300 unauthorized gambling sites.

But Roskomnadzor claims that it’s only responding to the increased public outcry over unapproved gambling sites. In the first half of 2018, the agency received over 237k complaints regarding unauthorized online content, twice the number received in the same period last year.

Of those 237k complaints, an astounding 143k referenced gambling sites, up from just 39k in H1 2017. Russian media reported that this had a lot to do with these sites’ increasingly brazen online advertising, like the ads for Curacao-licensed Azino777 featuring popular Russian hip-hop stars.

Meanwhile, Russia’s Central Bank is itching to get in on all this domain-blocking action. The Bank has drafted an amendment to the Law on Information that would give it the power to block the domain of any site it considers to be involved in ‘financial fraud.’ Crucially, the bank wants to be able to impose these blocks without the bother of first obtaining a court order.

In May of this year, new measures took effect that empowered Russian financial institutions to block payments to unauthorized gambling sites. In July, the Federal Tax Service sought permission to access customer account information at will in order to “identify and suppress illegal business activities.”