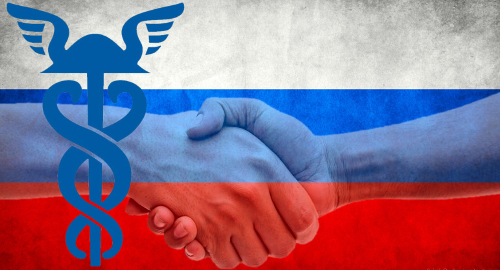 Russia’s chamber of commerce has formally welcomed locally licensed sports betting operators into its ranks through the formation of a new subcommittee for bookmakers and sweepstakes.

On Tuesday, the First Self-Regulatory Organization of Russian Bookmakers (First SRO) announced that the Chamber of Commerce and Industry of the Russian Federation (RFCCI) had created a subcommittee devoted to “bookmaking and totalizator activity.”

First SRO, one of two rival Russian bookmaker associations, had been pressing the RFCCI for this step since 2015, and First SRO member Nikolai Oganezov will serve as chairman of the new committee.

Oganezov formerly represented the rival Bookmakers Self-Regulatory Organization (Bookmakers SRO) before stepping down one year ago. At the time, Oganezov claimed that until Russian bookies learned to speak with one unified voice, they would “not be perceived as an established branch of the Russian economy.”

For the past couple years, Russia has been treating its bookmakers as little more than a source of revenue. Earlier this month, the Ministry of Finance announced it would double bookmaker taxes starting January 1, 2018, with further increases to follow until 2020, by which time the rates will have increased tenfold from their current state.

Russian media outlet RBC quoted Nikiforov telling Duma legislators that the rapid pace of online technological development means that “the blocking method will not allow us to achieve the desired result, and technology will always be promptly designed for each lock, allowing it to be circumvented.”

Russia’s telecom watchdog Roskomnadzor is the undisputed European heavyweight champion for blocking unapproved online gambling sites, routinely adding 1,500 or more gambling-related domains each and every week. But Nikiforov said such a system was “not viable.”

Ominously, Nikiforov appeared to suggest a more user-focused approach, saying it would be better to “closely monitor who was searching for this or that information, access to this or that illegal content.” Last month, Roskomnadzor reportedly reached a deal with Russian search engines to prevent local punters from finding the forbidden information they seek.

In July, Russian President Vladimir Putin signed legislation restricting the use of online tools designed to thwart censors, including virtual private networks (VPN) and other online anonymizers. Earlier this month, Roskomndazor chief Alexander Zharov announced the formation of a special department to ensure these rules are being obeyed.