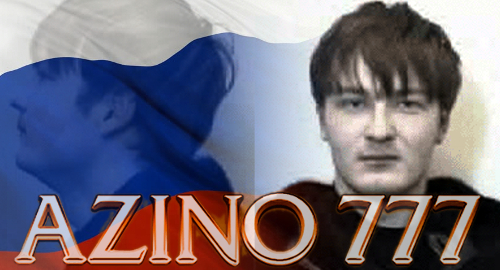 On Monday, Russian-language media outlet The Bell reported that the National Police of Kiev’s Investigation Department had fingered Albert Marselevich Valiakhmetov, a 33-year-old IT specialist from Russia’s Tatarstan region, as the founder of the Russia-facing, Curacao-licensed online casino Azino777.

Azino777 appeared out of nowhere a few years ago and quickly made a name for itself by its relentless promotion on Russian-language file-sharing sites. The site frequently employed flashy videos featuring Russian hip-hop stars singing/rapping the site’s praises.

According to the report, Azino777 was launched by a Ukrainian company named Royal Game, which Valiakhmetov (pictured above in a 2004-era mug shot for disturbing the peace) reportedly founded in 2014. The following year, Valiakhmetov opened an account under the name Royal Game at a Kiev branch of Sberbank, through which Azino777 transactions were later traced. In 2016, just as Azino777 began ramping up its marketing campaign, Valiakhmetov reportedly deleted all his social media accounts.

Last summer, Russian media outlet RBC printed a lengthy profile of Azino777, in which it claimed the site had claimed links to Western gaming firms Novomatic and Gamesys, both of which denied any connection to the site. Azino777 has also been linked to Ukrainian IT firm Lucky Labs, although that company’s founders Rustam Gilfanov and Sergey Tokarev have similarly denied such links.

January also saw Russia’s Federal Tax Service announce that Azino777’s parent company Victory777 had become the first company of any kind to make the country’s new online payment processing blacklist. However, The Bell reported no issues when attempting to open a new Azino777 account, make a deposit via Mastercard and later withdraw funds.

One last trivia note: the ‘Azino’ in the company’s name is apparently not a reference to any casino product, but instead refers to a region of Tatarstan that apparently holds some special place in Valiakhmetov’s heart.