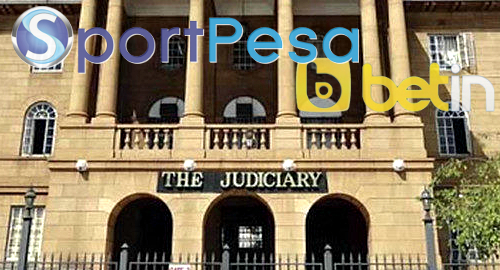 Kenyan sports betting operators are legally challenging the government’s demands for tens of millions of dollars in back taxes, saying the taxman is confusing customer deposits with revenue.

On Monday, local media outlet The Star reported that Kenya-licensed sports betting operators SportPesa and Betin had filed separate High Court lawsuits against the Kenya Revenue Authority (KRA), which is seeking Ksh26b (US$257m) in what it claims are gambling operators’ outstanding tax obligations.

The KRA is reportedly seeking combined payment of Ksh15.2b from the two operators that filed the lawsuits. As of July 1, the government plans to suspend the license of any gambling operator with unpaid taxes but Betin and SportPesa have asked the Court to suspend the KRA’s judgments until the legal matter is resolved.

The government believes its gambling licensees failed to remit the required 20% tax on bettors’ winnings, while the companies have countered that they were unable to withhold the funds due to court challenges filed by bettors unwilling to pay the tax.

SportPesa’s filing points out that the funds in its Safaricom accounts “belong to individual players who placed bets through Sportpesa. Those funds do not belong to and are not held by Safaricom on behalf of SportPesa.”

Betin’s filing said its Safaricom accounts have been frozen by the KRA’s “illegal” notice and thus the company has been forced to suspend its operations. Betin also warned that it would be unable to pay its staff and suppliers if the current situation persists much longer.

SportPesa CEO Ronald Karauri similarly warned that his company would be forced to suspend operations if the Court didn’t offer some protection from the KRA’s “abuse of office and misuse of power.”

Kenya’s government appears intent on doing its best to make life miserable for its gambling licensees, although plans for new advertising restrictions were recently struck down by a local court. Undeterred, last week saw Kenyan legislators unveil a new Gaming Bill that aims to rein in so-called “untamed gambling” activity.