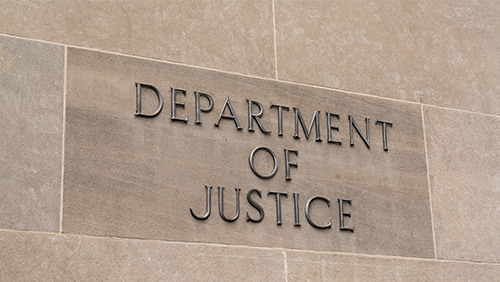 “I’ve learned from my mistakes. Now I can repeat them exactly.”

But this policy is a reversal of the policy before that, delivered by the Obama administration in 2011. And the 2011 shift followed the language of the statute and the case law to determine that the Wire Act only covered sports bets. But this in turn contradicted the announced policy of the last Bush administration, that the Wire Act was interpreted (or twisted) to cover all online gaming. Before that, under the Clinton administration, the matter had been essentially left to the states. At least that’s constitutionally sound.

What the Trump administration seems to be doing here is either a bluff or a con job, perhaps with elements of both. And this policy is a proven failure.

It was in 2003 that the Bush DOJ started the ball rolling (or the hamster wheel spinning, if you like) with what can only be a called a letter of intimidation. Addressed to the membership of the American Association of Broadcasters and the American Association of Magazine Publishers, it essentially threatened to prosecute any publisher or broadcaster who carried iGaming advertisements under a theory of “aiding and abetting.”1

The best that can be said about this interpretation is that they knew better. In order to aid and abet a federal crime, it is not enough the defendant’s actions supply some form of help to an activity which happens to be criminal. For starters, the real principal must have actually committed the underlying offense in question. The defendant on the charge of aiding and abetting must have become aware of the proposed action, and then taken part in it, with the intention of ensuring its success, all the while knowing the action to be a criminal offense.2 Aiding and abetting, therefore, requires  an abettor to possess the same criminal intent as the original actors committing the crime,3 and further, to participate and perform actions calculated to help the crime succeed. 4

Therefore, the claim that a publisher or broadcaster carrying advertising for iGaming is “aiding and abetting” an offense is out-and-out unreasonable. The carrier of the advertising is selling what is essentially a fungible service at set rates—that is, so many dollars per column inch published, so many dollars per minute broadcast. And it is generally paid in advance. The carrier has no interest in the outcome of any bet or wager, or even in the success or failure of the business offering the gambling. Consequently, attributing to to the advertising medium the same criminal intent (if any) as the advertiser is neither accurate nor just. Only if the advertiser participates in the actual business of gambling can criminal intent be invoked.

But it soon became clear that defects in legal theory did not matter to the DOJ. There was a homegrown jihad against Internet gambling, and the battle strategy did not require actual convictions. Administrative strangulation would do just fine. The financial burden and distraction of defending a federal case could now be used as a blunt instrument.

And it was. In 2006, the Sporting News  of St. Louis, was charged with ignoring the warning of the 2003 letter. Yes, DOJ said, we meant you, too, and you should have realized it, even if we didn’t name you specifically. Actual prosecution was avoided when the Sporting News paid a settlement of $7 million and agreed to run apologies in its paper.

Then a funny thing happened. Somebody fought back. The Casino City Press, whose main business is rating and advertising gambling, particularly online, sued for declaratory judgment in a Louisiana federal court. Casino City’s complaint was that DOJ’s actions in this regard amounted to a violation of the First Amendment, Interfering with lawful commercial speech.

But lo and behold—in an effort to keep the legal merits of its policy from being properly adjudicated, DOJ now contradicted its previous stand. Where before it had alleged that the Sporting News should have been aware that anybody advertising online gambling was liable under the warning contained in the 2003 letter, DOJ now reversed course and said that because Casino City had not been directly served with a letter addressed to them directly, there was now “no credible threat of prosecution” and consequently Casino City had no standing to maintain the action. The lower federal court agreed, even going so far as to try to justify the DOJ position, although, strictly speaking, this was not required by the merits of the motion to dismiss.5

It would have taken an act of God to justify DOJ’s arbitrary standard here. Unfortunately, they got one. Hurricane Katrina hit New Orleans and wrecked the place, and many legal records were lost. Casino City later dropped its appeal and returned to business, picking up right where it left off. No prosecution, no penalties. Then in 2011, DOJ finally admitted what the statute and case law already said: the Wire Act covered sports betting only.

And now the DOJ is at it again. But this time it’s not even déjà vu. The weight of the law is  more heavily against the everything-is-illegal approach  than ever before. In 2003, Internet gambling had no real champions in the USA. To be sure, the off-track betting services were already up and operating, but the fact that they ran on the pari-mutuel system seemed to protect them from being categorized as “illegal online gaming.” Also state licenses. Lots and lots of state licenses.

Today, we are operating in an environment where the NAFTA ban on expanding sports betting has been struck down by the Supreme Court.

New Hampshire is at the head of a growing movement among state governments suing for declaratory judgment against the DOJ re-re-re-interpretation of the (long suffering) Wire Act. And the DOJ response was the same stale, dishonest formula as before, against Casino City Press: we didn’t mean you, honest. So, no lawsuit. Motion to dismiss. Move along, folks nothing to see here.

Once again, the contradiction cannot be disguised. If the Wire Act covers only sports bets, then it necessarily follows that state licensed forays into online poker, casino games and lotteries are in the clear.

But if, on the other hand, the Wire Act covers all online wagering and betting, then it is not for the DOJ to determine which gaming formats are acceptable and which are not. They have no factual or legal basis to do so.

The Tenth Amendment to the Constitution clearly states that all powers not specifically granted to the federal government are reserved to the states and to the people. Simply put, the feds have no more right to dictate gambling policy to the states than they would have to dictate the design or color of  state flags.

And so what is left? Only the tawdry spectacle of this administration picking favorites, and attempting to back their picks with the force of law. Speculation is rife that the  renewed opposition to Internet gambling is actually political favoritism toward a certain mega-donor to the Republican Party. But today the state governments have realized that they have a financial stake in the future of Internet gambling. And to defend that stake, economic interest plus protection of states’ rights, they are wheeling into line.

As a result, DOJ has announced that the new strictures will not be enforced before June of this year. As a practical matter, it remains to be seen whether they will be enforced at all.