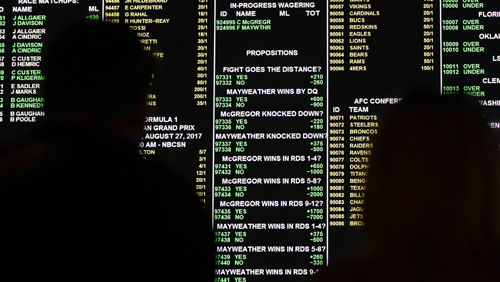 The ASEAN Gaming Summit 2019 roundtable discussion on Asia sports betting gave a world tour on the topic, and gave insight on how the Asian region really has an outsized influence on the market.

Fox noted right away that there’s a lot at stake for the sports betting market with the political outcomes of the UK. Regardless of how Brexit goes, if Labour returns to power and puts in more stringent advertising gambling advertising laws, that could affect how the industry promotes itself quite a bit. He stressed though that Asian advertisers, who can often be noticed on sideline LED panels, may be exempt if the government recognizes they are not targeting UK punters.

The discussion then swung to China. The Chinese market, especially for lotteries, is still heavily restricted, but one participant noted that black market operators are getting rich flouting those laws.

Chinese facing operators have made their business fairly routine, seeing pushback from the government typically around high-popularity events, such as the World Cup.

Really though, China has to be understood as much the same as the United States. Every province take a different approach to gambling, and should be marketed to appropriately.

Bermudez then spoke about the Philippines. He commented that the Philippines has really become the best example in Asia of how to regulate gambling operations, and when it reaches a certain level of maturity, may become a bigger player in the online scene. This is because it’s following the right path, and PAGCOR is interested in helping legal operators, and fighting illegal ones. That’s necessary, because illegal operators still have access to superior payment options and have an unfair edge.

The group then quickly discussed taxes by the various governments. They agreed that Denmark has set a good example of a tax regime that can help operators thrive, whereas John English noted that Pennsylvania has come in with a tax rate that is a little too much of a burden.

Localization was the last topic the group covered, and there was a lot to say. Everyone agreed that localization can mean life or death for a platform, and has to be taken seriously.

For example, in India, without a strong cricket product, a brand might as well be dead. Cambodian operators need to have a fairly specific layout, including all of the day’s matches on the home page, or the domestic market will just not be interested. The Philippines, on the other hand, is much more flexible, and Bermudez noted that Betcris will soon be offering more betting options, like teasers, to increase their business.

All in all, the conclusion that can be drawn from this fascinating discussion is pretty simple: you have to understand Asia well in order to succeed. Localizing to your market, offering the right products, and having a thorough understanding of the regulatory scene is necessary. It’s not as easy as just showing up and asking for a license, and expecting to profit.