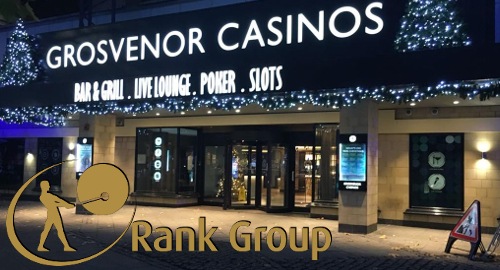 UK-listed gambling operator Rank Group’s digital gains weren’t enough to prevent a profit plunge in the second half of 2018.

Nonetheless, Rank’s shares closed out Thursday’s trading 6% higher, as investors were apparently able to see past the torrent of red ink and see the underlying strength of the company’s digital operations. Digital revenue was up 15.8% to £70.4m, although the digital gain was a more modest 5.1% on a like-for-like basis.

Rank said customer volume was up at both its Grosvenor and Mecca digital brands, while the Spanish-facing YoBingo! brand – which Rank acquired in May 2018 – was “performing ahead of acquisition plan.” Rank also said it successfully trialed its Grosvenor One single account and wallet offer in H1, which will now be rolled out near the end of Rank’s fiscal year in June.

Rank’s mainstay venues division had a rougher ride in H1, as like-for-like revenue was down nearly 4% to £302.1m. Rank blamed the shortfall on bad weather, a “challenging consumer backdrop” and reduced activity by VIP gamblers, a phenomenon Rank detailed last October. That same month saw the UK Gambling Commission impose a £500k penalty on Rank for taking undue advantage of one of its VIP customers.

Rank CEO John O’Reilly, who will celebrate one year on the job this May, acknowledged that the company’s H1 was “a tough trading period,” but he took courage in the fact that the situation began to turn around in Q2. The new year has so far performed ‘in line with management’s expectations” and the company similarly expects its full-year performance to be “in line with current consensus.”

Rank remains committed to the three-year ‘transformation’ plan it unveiled last August, which the company expects will result in cost savings of £10m in fiscal H2, with a full-year net benefit of £19m in 2019-20.