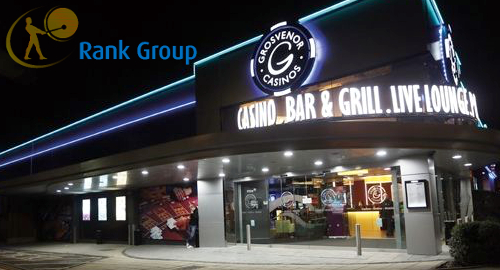 UK gambling operator Rank Group’s profit more than doubled in the second half of 2019 as the company’s ‘transformation program’ finally began to bear fruit.

Rank’s dominant venues segment enjoyed a 10% revenue bump to £312.3m, reversing a prolonged decline that has plagued Rank’s retail operations for years. Rank added that the changes it’s made to its retail casino operating model are expected to deliver annual savings of £19m.

Speaking of, the Grosvenor Casinos division carried the H1 revenue load with a 15% year-on-year rise (on a like-for-like basis) to £198.1m thanks to increases in both player stakes and win margins at its London venues.

Digital revenue improved 14% to £65.2m, thanks in part to digital marketing spending nearly doubling to £11.1m. Mecca’s digital revenue was up 13%, while Grosvenor digital rose 21%. The Spanish-facing YoBingo brand’s revenue was off 2% year-on-year but Rank said it remains upbeat about its future prospects thanks to the recent launch of a YoCasino product.

Rank’s acquisition of online bingo and casino rival Stride Gaming was officially complete as of October 4 and Rank says Stride’s operations contributed revenue of £18.1m and operating profits of £1.4m to its fiscal H1 result.

However, Stride’s revenue was down 2% in the final quarter of 2019, although that was a sight better than the 15% year-on-year decline Stride endured in the quarter prior to completion of its acquisition. Presumably, Stride’s business will get back on track once Rank finishes implementing its integration and achieves its projected £13m synergies.

Rank underwent some personnel changes during H1, including welcoming Alex Thursby as chairman following Ian Burke’s departure. Rank also appointed Karen Whitworth to its board as a non-executive director.

With one week to UK Elections, a look at Rank Group
Rafi Farber
3 December 2019
.