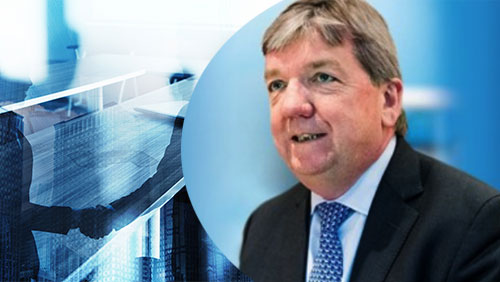 UK-listed gambling operator Rank Group has brought in a veteran gambling executive to be its new CEO. Rank has tapped John O’Reilly for the position, capitalizing on his extensive career that spans over 25 years. O’Reilly was formerly with Ladbrokes, where he was responsible for developing online betting operations and expanding the company outside of the UK.

O’Reilly picks up where Henry Birch leaves off. Birch announced his resignation in March with plans to move to the UK-based online retailer Shop Direct. O’Reilly, who left William Hill last April 30, officially begins with Rank on May 7.

After 25 years with Ladbrokes, O’Reilly joined Gala Coral in 2011. He was the managing director of the company’s Coral Interactive arm and oversaw the relaunch of Coral’s online operations. He left the company in 2014 and was subsequently appointed as a non-executive director on William Hill’s board.

Rank Chairman Ian Burke expects O’Reilly to bring with him “a wealth of gambling industry experience, particularly in digital.”

“His impressive reputation and track record for delivering growth mean he is well-equipped to drive our performance going forward,” Burke said in a statement.

In response to his selection as CEO for Rank, O’Reilly stated, “I am excited to be joining Rank, a company synonymous with the UK gaming industry. Rank has very strong brands which resonate with customers and a growing digital offering and I look forward to building on this strong platform and taking Rank onto its next stage of development.”

Joining O’Reilly on May 7 is Rank’s retail managing director, Alan Morgan, who is also appointed to the board as executive director. Morgan has been with the Rank Group since 2016, first as the managing director of Rank’s Mecca Bingo business and then seeing his role expanded to oversee the Grosvenor casino in October of 2017. Prior to joining Rank, Morgan was the chief operating and commercial officer at Spirit Pub Company.