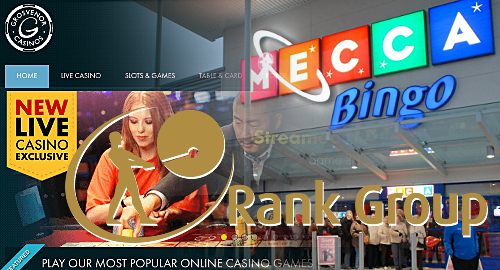 Rank held its annual general meeting in London on Thursday, at which shareholders approved all the company’s proposed resolutions, including the always thorny issue of whether management had earned its overstuffed pay envelopes. (All but 1.63% of votes cast were in the affirmative, so there will be a Christmas at CEO Henry Birch’s house after all.)

Prior to the AGM, Rank released a trading update covering its performance over the 16 weeks to October 15. Overall like-for-like revenue was up a modest 2% over the same period last year, but retail venues revenue was down 1% while digital revenue shot up by nearly one-fifth (19%).

The period saw Rank appoint Alan Morgan as its new retail managing director and commence the creation of a single leadership team for both Mecca and Grosvenor Casinos venues. The new structure will preserve distinct operations for both brands, while improving the dreaded ‘synergies’ and providing “additional capability” in key functions and roles. For example, CEO Birch can now bend spoons using just his mind.

And speaking of synergies, Grosvenor Casinos managing director Martin Pugh will leave the business at the end of the year.

Despite the decidedly schizophrenic nature of the trading update, Rank management said its expectations for its full-year performance remain unchanged. Of course, the company doesn’t plan to release its official fiscal H1 results until February 1, 2018, so that gives them lots of time to construct new false identities in South America if the eventual figures aren’t up to snuff.