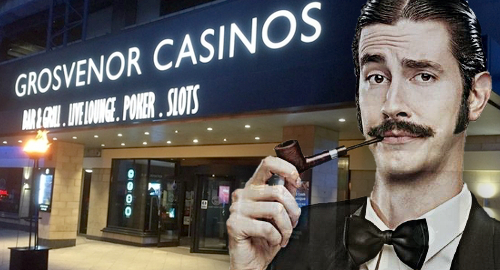 UK-listed gambling operator Rank Group’s retail operations continue to struggle due to the company’s apparent inability to maintain relationships with some ‘high-spending customers.’

In a trading statement covering the 16 weeks to October 14, Rank said its like-for-like revenue was down nearly 5% from the same period last year. Retail operations got the blame for the decline, as their 6.1% revenue fall undid a 1.7% gain at Rank’s digital operations.

Mirroring patterns established in Rank’s most recent annual report, the company said its Grosvenor Casinos brand’s venues revenue was down 7.2% on a like-for-like basis, primarily due to reduced activity by some high-rolling customers. The Grosvenor brand’s digital operations were down 5.2% due to “more stringent customer due diligence” in place since September 2017.

It’s perhaps worth noting that Rank was fined £500k by the UK Gambling Commission last week for the company’s failure to adequately protect a “very high net value” land-based Grosvenor Casinos customer from his problem gambling tendencies, which “escalated rapidly” after he opened a Grosvenor digital account.

Rank’s trading update doesn’t include contributions from the Spanish-facing online YoBingo brand that Rank acquired this spring. However, Rank is well-pleased with the new addition to its family, saying YoBingo’s like-for-like revenue is up 46% year-on-year. Had YoBingo been included in the trading update, Rank’s overall digital revenue would have risen 13.5%.

Rank will announced its H1 2018-19 results on January 31, 2019, at which point the company’s new CEO John O’Reilly will likely provide further detail on the “early cost savings” it has identified via its transformation program.