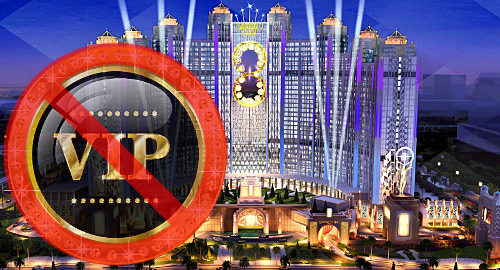 Macau’s Studio City casino plans to curtail its VIP gambling operations early next year, marking the second about-face the property has undertaken on this front.

Melco’s announcement offered no justification for the decision, although CEO Lawrence Ho noted last November that Macau’s VIP spending had “fallen faster than we had expected” while the remaining VIPs were playing luckier, leading to a 91% fall in MRE’s Q3 profit. Studio City proved particularly vulnerable to these factors, and Ho warned that there was “no assurance” that the property would continue its VIP activity “beyond November 2019.”

Last week, Nomura analysts projected Macau’s VIP market would fall by 7.5% in the first half of 2019 before enjoying a “low single digits” rise in H2. On Monday, Maybank Kim Eng analysts agreed there was a “weak outlook’ for Macau’s VIP revenue due to China’s contracting economy and the expansion of Macau’s smoking ban to VIP rooms.

Studio City opened its doors to the public in October 2015 without a single VIP gaming table. Ho said at the time that this was “a business decision” after Macau regulators allowed the new property only 250 gaming tables, well below the 400 Melco had sought, in order to conform with Macau’s controversial gaming table cap.

But Studio City’s revenue underwhelmed out of the gate, prompting a strategic rethink and the signing of VIP gaming room deals with notable junket operators such as Tak Chun Group and Suncity Group, who will once again find themselves on the outside in another year’s time.