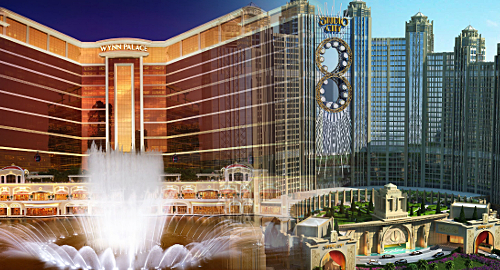 Casino operator Wynn Resorts is revamping the gaming floor of its new Wynn Palace property in Macau in a bid to boost excitement among mass market gamblers.

Morningstar Inc analyst Dan Wasiolek issued a report on Monday that claimed Wynn Palace’s disappointing performance to date was in part due to “its large and open casino space, which is leading to the perception of thin crowds and thereby reducing the feel of compressed energy that many gamers seek.”

Wynn Palace gamblers won’t be imagining things if they feel the walls are starting to close in on them, as Wasiolek’s report said Wynn management plan to “adjust wall configuration to reduce [Wynn Palace’s] gaming area while increasing casual dining options to meet demand.”

While some observers have opined that the über-luxurious Wynn Palace’s focus on VIP gamblers leaves it out of step with the broader Macau market’s ongoing shift to an emphasis on mass market gamblers, Wasiolek said the property’s “near-term challenges” haven’t affected his company’s long-term view of the property’s potential and the ability of its “stunning décor” to appeal to “high-income travelers.”

Studio City opened in October 2015 with zero VIP gaming tables, but its underwhelming performance led management to (a) reconsider its no-VIP policy and (b) say goodbye to many of Studio City’s senior managers.

Melco Crown has transferred a total of 33 tables from its other Macau properties to fill Studio City’s VIP void. Two-thirds of these tables will be allocated to Tak Chun and Studio City’s other designated junket operator Suncity Group, while Melco will offer direct VIP at the remaining tables.