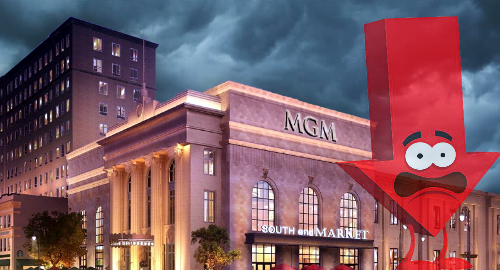 MGM Springfield, the $960m venue that opened its doors to the public in late August, reported gaming revenue of $21.25m in November, down from $22.2m in October and $27m in September. Penn National Gaming’s slots-only Plainridge Park Casino generated $12.85m, down from October’s $13.5m.

The Mashantucket Pequot Tribal Nation’s Foxwoods Resort Casino reported its November slot revenue hitting $35.3m, down 8% from the same month last year. Slots handle was down 4% to $454.8m. The property hasn’t posted a year-on-year slots revenue improvement since May.

The Connecticut tribal operators have been largely philosophical about the declines, saying they expected to take a hit once their big shiny competitor opened across the state line. However, Mohegan Sun’s president Ray Pineault told local media that “the declines are less than we anticipated” and thus “we’re not at all disappointed.”